During high school and right after he held various short-term jobs until landing employment with Fisher Controls. He worked there several years and then started his own business painting and doing tree removal.  During his free time, he enjoyed shooting pool, camping, fishing, mushroom hunting, and joking with his many friends.

He married the love of his life Nancy (Gert) Youker-Raney on January 27th, 2007.  Ricky is survived by his wife Gert, sisters, Karen (Mac) McDowell, Janice Eldridge, Vicky (Dennis) Kloppenborg, and several nieces and nephews.  He is preceded in death by his parents, and his niece Angela Clement.

A private, family visitation and burial will be held in his honor at a later date.

In lieu of flowers, please direct memorials to the Rhodes EMS. 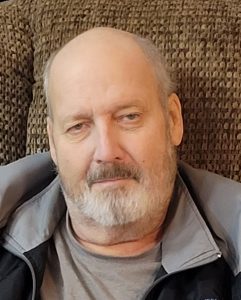