Charles Dean York earned his angel wings on July 27, 2020 at Iowa River Hospice in Marshalltown, Iowa surrounded by people who loved him. Charlie was born in Melbourne, Iowa on January 6th, 1940, the second son born to Orval Victor York and Thelma Rose (Stolzman) York. He attended Freelove Country School in Story County for 1 year and then moved into the State Center School District. He graduated as a Wildcat from State Center High School in 1958. He was united in marriage to Marilyn Dvorak in 1968. They were blessed with two children, Michael Charles and Diane Marie. Charlie and Marilyn later divorced. On March 25, 1988, Charlie married the love of his life, Delores Valentine. They spent their 26 years together enjoying the quiet life on their acreage south of Marshalltown, camping at various locations with their dog, Schnitzel and at their home in Marshalltown.

Charlie joined the Army in 1959 and was honorably discharged in 1962 as a Private 1st Class EF. He returned to the State Center area and worked as a carpenter for Jacob Brothers until 1969. He then began his 30 year career with Fisher Controls as a Machinest, working most of those years on the second shift. After retirement, Charlie could be found spending time with his beloved Delores making improvements to the acreage, maintaining their large garden and timber area, planning the next woodworking project or tending to their flocks of birds. Over the years, they raised peacocks, quail, chickens and quineas. A visit to Charlie’s was never complete without a quick tour around to see all the beauty of his land.

Charlie will always be remembered for his love of the Green Bay Packers, a trait passed down from his dad, Orval, and continued on to the next generations. One of his favorite treats was Oreo cookies and ice cold milk. Charlie also loved his old time country music. He had a great collection of CD’s and enjoyed searching online for the really old songs he didn’t have. Two of his favorite songs were “The Old Country Church” by Hank Williams and “That Silver Haired Daddy of Mine” by Gene Autry. Charlie and Delores spent many wonderful years as a part of different camping clubs and traveled all over the United States and Canada in one of their many campers.

Charlie was preceded in death by his beloved wife of 26 years, Delores; his parents, Orval and Thelma York; his maternal grandparents, William (Bill) and Eva (Tinnermeier) Stolzman; and his paternal grandparents, George and Emma (Maier) York. A private family service will be held at a later date with burial at Timber Creek Cemetery, rural Marshalltown. 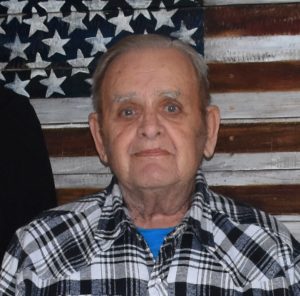