Jack was born May 8, 1926 to James Lyall Gray and Bernice Smith Gray.  He grew up in the Rhodes area and graduated from Rhodes High School, class of 1944.  After graduation, Jack served two years in the Army during WWII.  Following the war, Jack returned home to farm with his dad west of Rhodes and married Mary Ellen Townsend June 6, 1948.  Six children were a result of this union:  Bonnie, Gary, Stan, Becky, Jim and Rob.

Jack never shied away from a hard day’s work.  He farmed, worked on the Milwaukee Railroad and with the Marshall County road crew until retiring in 1991.  Following his retirement, Jack spent many hours mowing lawns and riding his moped.

Jack was a member of the Rhodes United Methodist Church, Rhodes American Legion and served on the Rhodes city council for several years.

Jack enjoyed being a member of The Lucky 7 band, playing his trumpet, listening to Dixieland Music, spending time with friends (including the Blooming Idiots) and attending family sporting events.

Arrangements to be determined at a later date. 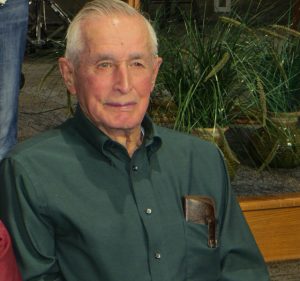