Tracy Bailey, age 65, of Rhodes, passed away peacefully on Friday, May 22nd, at the Israel Family Hospice House in Ames with his family at his side.

Funeral services will be held at 10:30 a.m. Thursday, May 28th, at the Mitchell Family Funeral Home in Marshalltown. He will be laid to rest in the Melbourne Memorial Gardens Cemetery at Melbourne. A memorial fund is being established. For condolences, please visit www.mitchellfh.com. Ph. 641-844-1234. To view the funeral service live stream:
https://www.facebook.com/Mitchell-Family-Funeral-Home-99280714047/.

Born on July 23rd, 1954, in Marshalltown, he was the son of Roger and Verlee (Lipper) Bailey. He graduated from the West Marshall High School in 1972. Always having a strong work ethic, he began a colorful working career as a driver for Concrete, INC and later establishing Bailey’s Pizza Shop in State Center in 1984. For over 20 years, he served patron’s faithfully as a rural postal carrier between State Center and Rhodes. He always tended to be a favorite of those along the route.

Tracy was blessed with two beautiful daughters who married fine gentlemen. They gave Tracy the gift of six grandchildren that he doted and fussed over and enjoyed every minute they could be with him.

Fourteen years ago, he met the love of his life, Darla (Peterson), and the two were united in marriage on June 5th, 2012, at the Des Moines Botanical Center, with both mother’s serving as witnesses. The couple made their home in State Center and later at the Harvester at Rhodes.

The West Marshall Community was always home- growing up in Melbourne, serving the State Center community with Bailey’s Pizza Shop (coming from a restaurant family that owned 13th St. Inn in Marshalltown), and the rural postal route. He treasured the community and he was passionate about West Marshall football. He enjoyed playing golf, pool, watching Iowa and Iowa State Games, the St. Louis Cardinals (he took Darla to a game on their honeymoon) and playing cards- especially pepper- which he loved the chance to win over his mother-in-law at any chance he got! When you describe Tracy, it is very simple when you get right down to it- family was everything and every meaning in life. It did not matter when or where, how or the cost, he was going to be at every dance recital, making t-shirts for Little League, watching ballgames or other events- even when he really didn’t feel up to doing it. He also enjoyed Christmas and Christmas trips to Branson, the Iowa State Fair and the Farmer’s Market. Dogs Zoey and Rae held a special place in his heart. 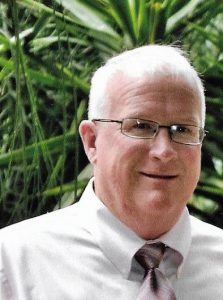