Harold Dean Barnard, 81, also known as HD, was welcomed into the kingdom of heaven with loving arms surrounded by his wife, Geraldine, of 56 years and his children on July 3rd 2019 at Grandview Nursing Facilities in Marshalltown, Iowa.

A visitation for Harold will be held on Sunday, July 7 from 5:00-7:00 p.m. at the Mitchell Family Funeral Home. Funeral services will be held on Monday, July 8 at 10:00 a.m. at Redeemer Lutheran Church with Reverend Alex Post officiating. For more information or to send a condolence please visit www.mitchellfh.com or call (641)844-1234. Mitchell Family Funeral Home is caring for Harold and his family.

Harold was born to Charles and Francis Barnard on December 10, 1937. Harold was adopted by his grandparents shortly after and enjoyed driving tractors, as well as helping on the family farm as a child. Harold graduated High School and served in the US Army a short period of time, where he met his wife Geraldine. After marriage, Harold and his wife moved from the east coast to the family farm in Zearing, Iowa. Harold had a 37-year career at Kiowa Corporation before retiring in 2000. Harold then spent his days enjoying his grandkids and would spend time with his sister in Arizona. Harold ended up selling his family farm in 2011 and fully retiring.

Harold was an active elder at Redeemer Lutheran Church in Marshalltown, as well as Saint John’s in State Center over the years. Harold enjoyed men’s choir, choir, ringing bells and all things musical. Harold was an avid bowler, coffee lover, as well as a big auction and train fan. Harold loved all things outdoors, whether it be working on cars, gardening, fishing and camping. Most importantly, Harold took the most pride in being a family man.

Harold and Geraldine had two daughters and one son, Jacqueline, Charles and Diana. Three grandchildren and four great- grandchildren. Harold made sure every family member was taken care of as he was a very selfless man.  Harold made friends everywhere he went and never met a stranger. 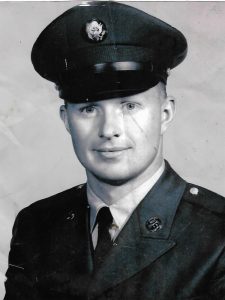