John Charles Heishman, 68, of Kansas City, Mo., formerly of State Center, IA, passed away in the early hours of Monday, November 19th, 2018 at his home under Hospice Care with his loving wife, Denise  and his four adoring cats at his side.

Born December 7th, 1949 , in Woods Hospital State Center, IA., John was the oldest of three children born to Charlie “Junior” Heishman and Ruth (Osborne) Heishman.  He graduated from West Marshall H. S. in State Center, IA. with the Class of ‘68.  John honorably served his country after being drafted  into the U. S. Army in 1969.

In 1974 he married Peggy Bear.  With Peggy, John had three children; Stephanie, Richard, and Robert.  They later divorced and in 1996 John married Denise DeVries.

John is preceded in death by his grandparents, parents, and brother Duane.  Per his wishes, John was cremated and asked that there be no funeral.  The family will have a private service at a later date.  In your hearts, just remember those fond memories of the relationship you and he shared. 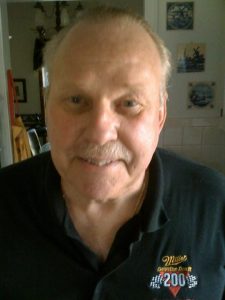