Candy was born in North Little Rock, Arkansas on October 14, 1973, the daughter of William “Billy” Cook and Betty Barnhart Cook. The first few years of her life she lived in Rhodes with her grandmother Betty Godfrey Smith while attending elementary school in the West Marshall School District. Candy later moved with her mother to Houston, Texas where she graduated from high school. She lived most of her adult life in Texas and made a few trips to Iowa to see her mother and grandmother.

Candy enjoyed reading and music, especially country and rock and roll. She always enjoyed grandma’s dogs and cat. The warm weather was always enjoyed in Texas, but sometimes it was too hot to even be outside. Iowa winters were not her favorite.

Candy is survived by her grandmother Betty Smith of Nevada; her aunt, Mary Schmidt of State Center; two sisters: Stephanie and Rochelle Hernandez; one brother, Robert Helfey; and her son, Russell Cook, all of Texas. She was preceded in death by her mother and paternal grandparents. 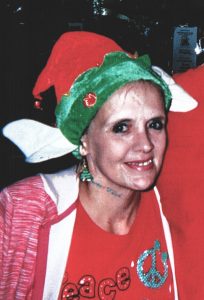