Memorial services for Tommy will be held on Monday, November 20, 2017 at 5:00 p.m. at St Paul Lutheran Church in State Center. There will be a visitation and dinner after the service from 5:30 p.m. until 7:00 p.m. Burial will be at a later date in Falkville, Alabama.

Tommy Brown was born on September 16, 1939 in Falkville, Alabama to Walter M. and Ruby L. Blackwood Brown. Tommy served his country honorably in the United States Air Force. On November 30, 2002, Tommy was united in marriage to Beth Henze at St Paul Lutheran Church in State Center. Tommy was retired from being a truck driver after 56 years. He had also been a member of the Masonic Lodge. Tommy enjoyed Alabama football “Roll Tide”, camping and was an avid NASCAR fan.

Tommy is preceded in death by his parents, Walter and Ruby as well as his sister Connie Harper. 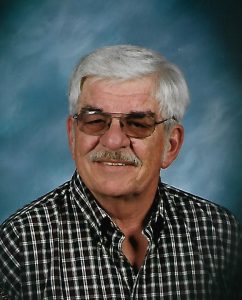