Funeral services will be at 1:00 p.m. on Saturday, November 18, 2017, at St. John Lutheran Church north of State Center. Visitation will be from 5:00 to 7:00 p.m. on Friday, November 17, 2017, at the Mitchell Family Funeral Home-West Marshall Chapel, in State Center, Iowa. Memorials may be directed to St. John Lutheran Church or Hospice of Upstate 1835 Rogers Rd. Anderson, South Carolina, 29621. For condolences or questions please visit: www.mitchellfh.com. Mitchell Family Funeral Home is caring for Orville and his family. Phone 641-844-1234.

Orville Kenneth Edler was born on February 22, 1922, (02/ 22/22, he always said he planned it that way) at home in rural State Center, Iowa; he was the son of William and Adeline (Kasischke) Edler. He attended school in the State Center School District graduating with the class of 1939. On February 12, 1949, Orville was united in marriage to Marian Louise Primmer in the basement of St. John Lutheran Church, as the church had not been built yet. Cappy and Marian had lived in rural State Center where they farmed and raised livestock most of their married lives. In the fall of 2007, they relocated to Webster City to Assisted Living, a place they grew to love and enjoy. After Marian passed, Cappy relocated to South Carolina in the fall of 2013. He had been a member of St. John Lutheran Church throughout his life and held several offices in the church. Cappy loved to fish and also enjoyed playing cards with the monthly 500 Club for more than 50 years (never missed it).  The only thing he loved more than family was the Lord; and he also loved the land. Cappy will be remembered for his quick wit, as he had a mischievous side, which was one of his most endearing qualities. 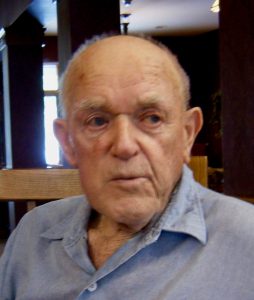