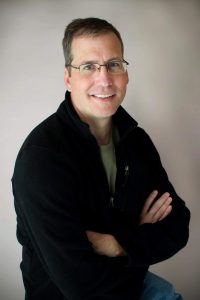 Tim was the youngest son born to Betty and the late Robert Miltenberger of Lamoille, IA on Jan. 11, 1968.  He graduated with the class of 1986, from West Marshall high school in State Center, Iowa.  Following high school he attended Iowa State University, graduating with his electrical engineering degree in 1991.

Tim showed his strong work ethic early in life, beginning with his first job for Eddington Detasseling.  Prior to the start of the season, he would practice by pretending to pull tassels from the headboard of his bed to increase his speed.  He travelled thru-out the Midwest for Eddington during his college years leading crews.  After ISU, Tim was employed at DuPont Pioneer, Ortho Computer Systems, Fisher Controls of Marshalltown and Emerson in St. Louis, Missouri, as a transition engineering manager.  In 2016, Tim was honored to receive the Chief Information Officer Role Model Award for Emerson worldwide.  He was the only nominee from the United States for this award.

Tim was passionate about God’s Word, learning Greek to better understand Scripture.  He combined that passion with his love of martial arts by creating the Marshalltown Christian ATA studio.  He earned his 5th degree black belt in Tae Kwon Do, competed extensively thru-out the country for 26 years, and was named the Overall World Champion in 1995.

On Oct. 6, 2001, Tim married the love of his life Pam Raab, and they made their home in Marshalltown.  They became foster parents which led to the eventual adoption of their 5 children.  In 2016, he wrote a fictional book, “Roller Coaster” telling a story of adoption and views from all of the people involved.  Tim had been an active member at Calvary Church Mid Rivers and their Open Arms adoption ministry in Missouri.

Those left to cherish Tim’s memory are his wife Pam and children Laura, Christina, Jason, Sam, and Gabe.  His mother Betty, brothers, Bobby, David, Mike (Lisa), and Mark Miltenberger, his in-laws, Sally and Gary Raab, brother-in-law, Larry Raab along with nieces, nephews and numerous friends.  Preceding him in death were his father Robert, and sisters-in-law Pat, Jeri, and Pat.

Visitation will be Friday, September 29, 2017, from 5:00 to 8:00 p.m. at the Mitchell Family Funeral Home, Iowa Ave. West in Marshalltown, IA.  Funeral services will be at 11:00 a.m. on Saturday, September 30, 2017, at Center St. Baptist Church in Marshalltown. For condolences or questions please visit: www.mitchellfh.com .  Burial will follow at the Elmwood cemetery in Lamoille, IA.  In lieu of flowers, memorials may be directed to the family to be designated at a later date. Mitchell Family Funeral Home is caring for Tim and his Family. Phone 641-844-1234.