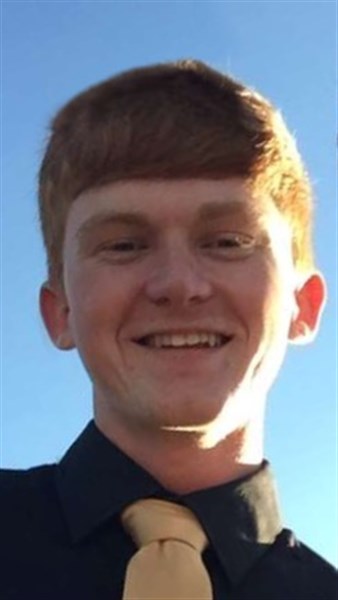 Devon Andrew Erickson, 18, of Grundy Center, Iowa, was taken from us on January 1, 2017. He died at Iowa Methodist Hospital in Des Moines, Iowa. Visitation will be held from 4:00 p.m. until 8:00 p.m. on Friday, January 6, 2017 at the Engelkes-Abels Funeral Home in Grundy Center. A funeral service will be held at 10:30 a.m. on Saturday, January 7, 2017 at the Grundy Center High School Gymnasium. Burial will follow at Rose Hill Cemetery. In lieu of flowers memorials may be directed to the family. Online condolences may be made at www.abelsfuneralhomes.com

Devon enjoyed spending time with his family and friends. He loved to fish and enjoyed collecting knives of all varieties. Devon was known for his sense of humor and his sense of style. He was a loving son and a devoted brother to his sisters and brothers. He loved cars and enjoyed working on them. Devon loved music and performing in front of the camera.