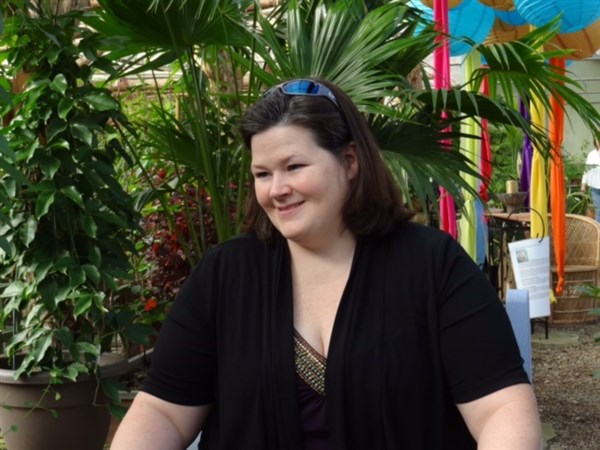 Tina Sue Shapley-Gardea, 46, of Marshalltown passed away on Friday, December 23, 2016 at the Iowa River Hospice Home in Marshalltown with her loving family surrounding her.

Funeral services will be held at 11:00 a.m. on Wednesday, December 28, 2016, at the Mitchell Family Funeral Home in Marshalltown, Iowa. Visitation will be held on Tuesday, December 27, 2016, from 5:00 to 7:00 p.m. at the funeral home.  Memorials may be directed to the Marshalltown Relay for Life. For condolences or questions please visit: www.mitchellfh.com. Mitchell Family Funeral Home is caring for Tina and her family. Phone 641-844-1234.

Tina Sue Shapley was born in Marshalltown, Iowa on April 20, 1970. She was the daughter of Sue Shapley. Tina attended school in the West Marshall School District graduating with the Class of 1988. She then went on to AIB in Des Moines and received a degree in business. Tina had lived in State Center, Des Moines and finally made Marshalltown her home. On October 14, 2000 Tina was united in marriage to Alex Gardea at Center Street Baptist Church in Marshalltown. She owned and operated her own business in the insurance and financial planning business for a number of years and was the Executive Director of the Marshalltown Central Business District in Marshalltown. Tina was a member of Center Street Baptist Church. She enjoyed volunteering in many nonprofit organizations to promote Marshalltown and teach her daughters that volunteering is good. Tina was a member of Big Brothers/Big Sisters, Relay for Life, and Families for Woodbury School.  She will be remembered as a very important part of the Marshalltown Community. She enjoyed traveling, playing cards and spending time with her daughters, and was always an involved, mother, wife, sister and daughter.