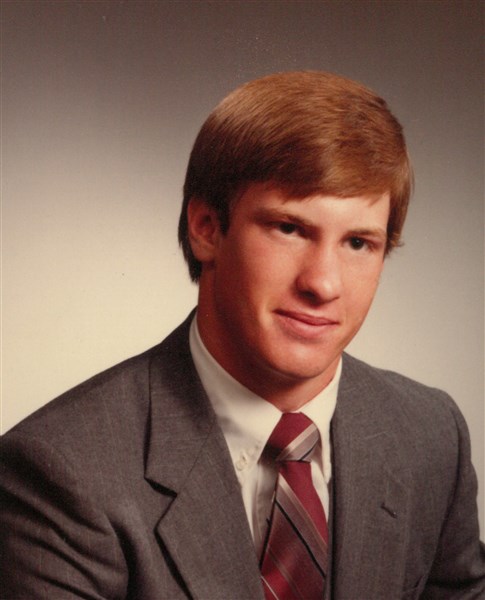 Pat was born November 15, 1966, in Marshalltown, the son of Danny Joe Tuttle and Diane Marie Harp.  He graduated from West Marshall High School in 1985, and was united in marriage to Holly Jo Spaid on August 14, 2004, in Nevada.  Pat enjoyed hunting and rooting for the Iowa Hawkeyes and the Chicago Cubs.  He loved supporting and watching his sons play football.

Pat is survived by his wife, Holly of Nevada; his sons: Cody and Dylan Tuttle of Oskaloosa; his parents Danny (Diana) Tuttle of State Center and Diane (Dave) McCoy of Hermitage, Missouri; his step-children: Blake Davenport of Ankeny, Austin Davenport of Maxwell and Elizabeth Davenport of Ankeny; his brother Jeffrey (TJ) Tuttle of LeClaire, Iowa; his sister Shelley Tuttle (Darren Watkinson) of Sioux City, Iowa; his step-brothers: Todd (Aly) Tuttle of Marshalltown, Troy (Sarah) Tuttle of State Center and Trent Tuttle of Knoxville, Tennessee; his step-sister, Kristi (Ray) Maxey of State Center; along with a many aunts, uncles, cousins, nieces, nephews, great-nieces, great-nephews and friends.  Pat was preceded in death by his maternal and paternal grandparents; and his aunt, Deb Harp.

Visitation will be 5-7 p.m. Monday, December 5, at Rasmusson-Bacon Funeral Home in Nevada.  Funeral services will be 10 a.m. Tuesday, December 6 also at the funeral home.  Burial of cremated remains will be at a later date at the Eden Cemetery in Rhodes.

Memorial contributions may be made to the West Marshall Athletic Department in memory of Pat.