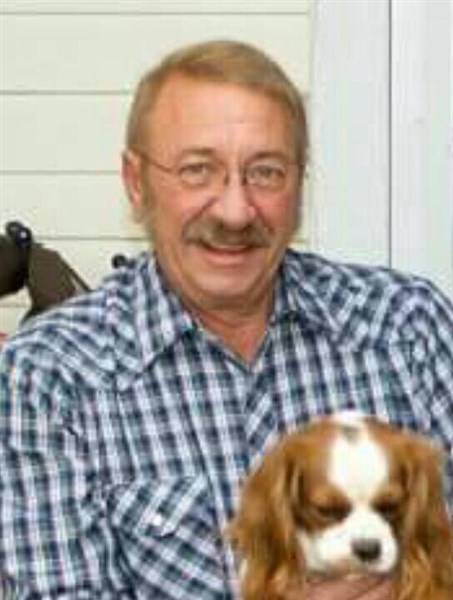 Glen Eugene Riese, 65, of Clemons, formerly of State Center, passed away peacefully Sunday, November 20, 2016 at his home, following a more than two year fight against cancer.

A celebration of Glen’s life will be Wednesday, November 23, at 2:00 pm at Trinity Lutheran Church, State Center, Iowa. Visitation will be from 5 – 7:00 pm Tuesday, November 22 at Mitchell Family Funeral Home in Marshalltown. He will be laid to rest at Hillside Cemetery north of State Center. Memorials may be directed to the family, Iowa River Hospice or Trinity Lutheran Church. For condolences please visit www.mitchellfh.com. Mitchell Family Funeral Home is caring for Glen and his family.

Glen was born July 31, 1951 to Darwin and Hope (Armbrecht) Riese in Marshalltown, Iowa. Glen graduated from West Marshall in 1969. Glen’s vocations were a reflection of his love of farming, especially noting Elmer and Jane Eggers Farm, Standard Oil, Leo Dunn Farm and JBS Swift. Glen took pride in his work and was amazing with animals, equipment and people!

While battling asthma and allergies from a young age, a doctor told Glen he wouldn’t live past his 25th birthday. Glen lived and enjoyed all aspects of his life. He enjoyed playing football, basketball and softball in his younger years, to golf later in life. He amazed his fellow players by swinging either right or left handed. Glen also raced cars, cheered on Iowa State and the Cubs.

Glen married Lorrie Fay Hall on February 14, 1986, and they were blessed with their son, Cody. They’ve been each other’s “rock”! He loved his family, friends and their many Cavalier King Charles Spaniel dogs!

Preceding Glen in death were his parents, grandparents, aunts and uncles.