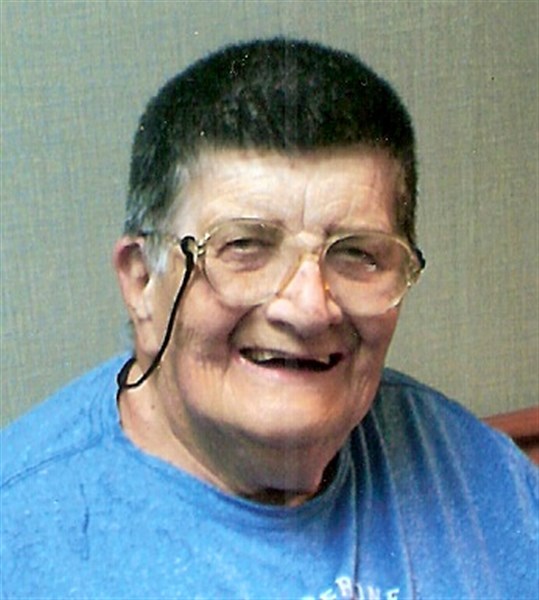 Funeral services will be held on Tuesday, November 1, 2016 at 10:30 a.m. at Trinity Lutheran Church in State Center, Iowa with Pastor Mike Maddick
officiating. For further information or to send a condolence please visit www.mitchellfh.com or call (641) 844-1234. Mitchell Family Funeral Home is handling
the arrangements.

Lynn E. Carlson was born on July 8, 1937. The daughter of Walter H. and Ellen Ruth Wolfgang Lawler at Marshalltown, Iowa. She was raised in Dillon, Iowa and
worked with her parents in Lawler Grocery Store in her early life. She stocked shelves and helped her dad wait on customers. She graduated from the Dillon
Country School and further her education at Dillon High School.

On June 18, 1961 Lynn married Larry G. Carlson of Marshalltown, Iowa at the Trinity Lutheran Church in Dillon, Iowa. They lived in Marshalltown for a few
years where Larry worked for Fred Mount Motors and later for McGregor Furniture Company. In April 1963 Larry got drafted into the U.S. Army and served until
1965. He spent 16 months in the 7th Army in Nierenberg, Germany. While Larry was in the Army, Lynn lived with her parents in Dillon where she worked with her
dad in the grocery store. After Larry got out of the Army they lived in Colorado for two years and Cedar Rapids, Iowa for two years. In 1969 they moved back
to Marshalltown, Iowa where Larry worked for Jon Edler as a hired man for a few years. Then they took over the family farm and farmed it until 1997 when they
moved to State Center, Iowa. Lynn helped in the farm work driving Larry’s M & M UB and when they got Larry’s I H 76610 with a cab. Lynn enjoyed driving the
international.

Lynn worked for the U.S. Post Office in State Center for over 20 years as a janitor until her legs gave out on her. Lynn was an avid Iowa Hawkeyes, Denver
Broncos and Iowa Cubs fan. She loved to fish and visiting parks and lakes. She loved her Pomeranian dogs and cutting out blocks for the Trinity Lutheran
Quilters.

Lynn is survived by her loving husband of 55 years, Larry and their faithful dog Marley of State Center, Iowa; brother, Barton J. Lawler of Silver City, New
Mexico and three brother-in-laws, Dennis, Richard and Ronald Carlson along with several nephews and nieces.

In death Lynn rejoins her parents, Walter and Ruth Lawler and a sister-in-law Virginia Lawler.