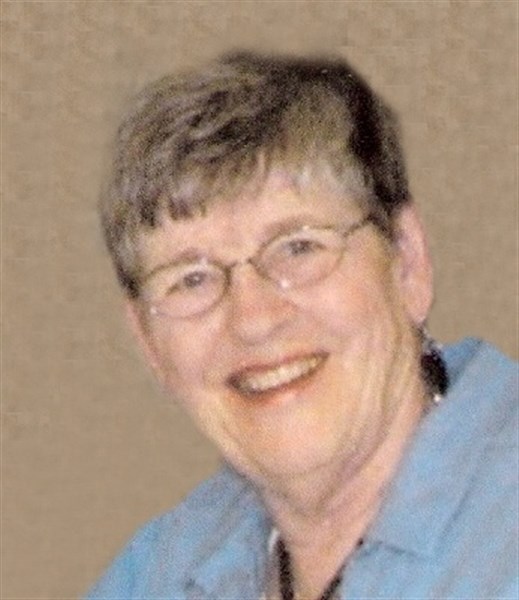 Judy Monroe, 76, of Melbourne passed away on Monday, October 10, 2016 at her home and under the care of the Iowa River Hospice Home.

Judy Smith was born on October 29, 1939 in Toledo, Iowa to Wallace “Sammy” and Maxine (Tode) Smith. She grew up in the Garwin area and graduated from Garwin High School in 1957. In August of 1958, Judy was united in marriage to Kenneth Schmidt and they had three children together. They later divorced. In 1974 she married Robert Monroe of Melbourne and he survives her after 42 years of marriage. Judy had worked at the Garwin Lumber Co as a bookkeeper, then at Fisher Governor in Marshalltown. In 1971, she began working at the Melbourne Savings Bank, retiring in March of 2006 after 35 years. Judy always enjoyed flowers and was a member of the Melbourne beautification committee and an avid reader. She was on the Melbourne Library Board for many years and was also a member of St John United Church of Christ and the Red Hat Society.

Judy is preceded in death by her parents Wallace and Maxine and a brother Larry Smith.

The family would like to thank nurse Karla Newton and Mindy Ceaser from the Iowa River Hospice Home.