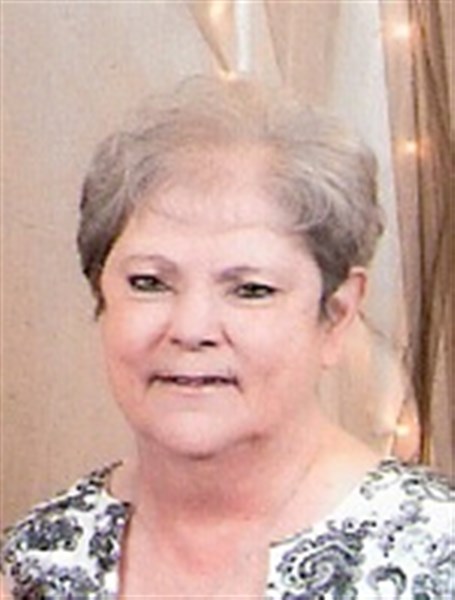 Jane I. “Janey” Scott, 66, of Rhodes, departed this earthly life in the peace of her home with her family at her side on Sunday night, August 7, 2016, while under the care of Iowa River Hospice.

Funeral services will be held at 10:30 a.m. on Thursday, August 11, 2016, at the Rhodes United Methodist Church, of which she was a member. She will be laid to rest in the Eden Cemetery in Rhodes. Visitation will be held from 5-7:00 p.m. on Wednesday, August 10, 2016, at the Mitchell Family Funeral Home in Marshalltown, Iowa. Memorials may be directed to the family to be designated at a later date.  For condolences, please visit www.mitchellfh.com or phone 641-844-1234.

Born Jane Ilean Mallicoat on August 4th, 1950, in Marshalltown; she was the daughter of Marvin and Maxine (Viers) Mallicoat. She graduated from the West Marshall High School’s Class of 1968. On October 5th, of that same year, she was married to Dennis Scott at the Rhodes United Methodist Church. Even though their marriage parted, they were blessed with children together, James and Trisha.

Janey enjoyed listening to music of all kinds and going out to eat.  She enjoyed holidays, especially Christmas and collecting Hallmark ornaments. Her cat, Tiger, brought her happiness. She treasured her family and will be remembered by many for her kind, caring and gentle spirit.

Left to cherish her memory are her children, James Scott, of Marshalltown and Trisha (Tyler) Patten of Rhodes; granddaughter, Sydney Scott and her mother, Beth Paulsen, of Des Moines; sister, Barb (George “Skeeter”) Tuttle of Rhodes; several nieces and nephews and many friends.

In death, she rejoined her parents, Marvin and Maxine; sister, Judy Smith; and brother, Jimmy Mallicoat.