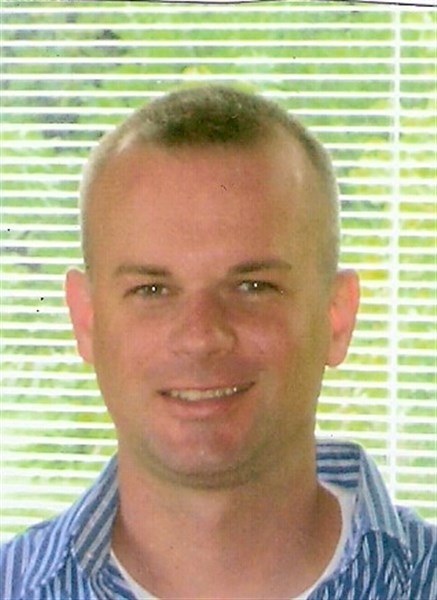 Funeral services will be held on Saturday, February, 27, 2016, at 1:00 p.m. at St Joseph’s Catholic Church in State Center, Iowa. Visitation will be from 11:00 a.m. until service time at the church in State Center. Memorial may be directed to the family to be designated at a later date. For condolences or questions please visit: www.mitchellfh.com . Mitchell Family Funeral Home is caring for Nathan and his family. Phone 641-844-1234.

Nathan Jeffrey Goecke was born on November 17, 1973, in Marshalltown, Iowa. He was the son of Jeffrey Goecke and Lee Ann (Stevens) Coughlin. Nathan attended High School in the West Marshall Community School graduating with the class of 1992. He attended Waldorf College and received his Associates of Arts Degree. He attended Drake University and received his Bachelors in Graphic Design. Nathan was in 4-H while growing up and enjoyed showing cattle. He was in cross country and track. He was a talented artist and enjoyed drawing and design. He won many contests. He enjoyed gardening, decorating, origami, and calligraphy. Nathan will be remembered for his intelligent mind, creative spirit, and witty sense of humor.