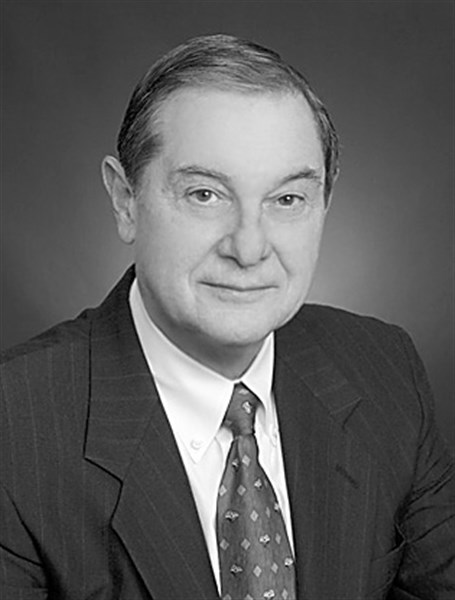 Allen was born April 2, 1945 in Marshalltown, Iowa to Orpha and E.W. (Bill) Bartine.  Allen spent many happy years living on the family farm in Clemons, Iowa.  Throughout his life, he would maintain strong bonds with his family, remaining very close with his brother and cousins, who had all enjoyed many years growing up, working, and playing together.  He was a part of the very first graduating class of Marshall County High School in 1964, and went on to attend Iowa State University, where he would meet his lifelong partner, Peggy.  After graduating in 1967 with a BA in Agricultural Business, he would continue his studies, also receiving an MBA at Indiana University in 1969.  Allen and Peggy would marry, and then move to Lake Forest, Illinois, where their son and daughter would be raised.  Allen was a talented accountant, and worked in accounting and finance for 30+ years, until retiring to Nashville with Peggy to be nearer to his children and grandchildren.  He enjoyed hunting, fishing, working outdoors, and spending time with his family.  He spoke fondly of the new friendships he formed after joining the Middle Tennessee Fly Fishers, Inc.  Allen was always excited to find new places and activities around Nashville to enjoy with those he cared about.

A special thank you to Vanderbilt Medical Center, the Vanderbilt-Ingram Cancer Center, and Alive Hospice for their care and support. Also, thank you to the Belle Meade United Methodist Church and Harpeth Hills Funeral Home for all of the arrangements.

Visitation will be from 1:00 until 1:30 PM at Belle Meade United Methodist Church on Thursday, January 21. Funeral services will immediately follow at 1:30 PM. Allen will be laid to rest at the Harpeth Hills Memorial Gardens in Nashville, Tennessee.  In lieu of flowers, the family requests that donations be made to the Vanderbilt-Ingram Cancer Center: Vanderbilt-Ingram Cancer Center, c/o Gifts Processing, PMB 407727, 2301 Vanderbilt Place, Nashville, TN 37240-7727