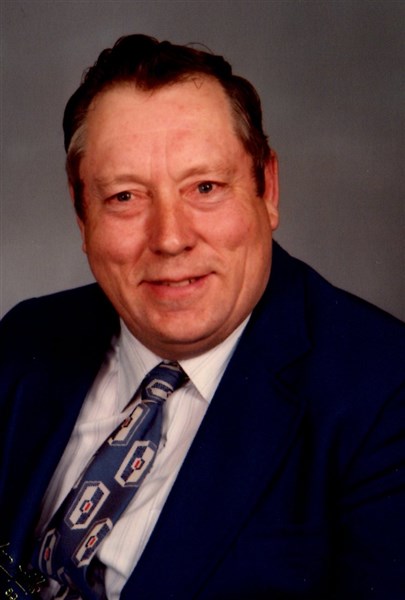 Funeral services for Ben will be held on Saturday, December 5, 2015 at New Hope Christian Church at 10:00 a.m. Visitation will take place one hour before the service at 9:00 a.m. Memorials may be directed to the family. For more information or to send a condolence please visit www.mitchellfh.com or call 641-844-1234. Mitchell Family Funeral Home is caring for Ben and his family.

Benjamin York was born in Bloomfield, Iowa on June 20, 1928 to Herman Bruce and Belva Fern Irvin York. Ben graduated from Bloomfield High School in 1947.  After graduation he   apprenticed under his father and became a journeyman carpenter. Upon completion he started his own construction company and built and remodeled many homes in the Bloomfield area.  On June 11, 1950, he was united in marriage to Carolyn Lamb at the Mark Baptist Church. They resided in Bloomfield where Ben continued his business. Ben and Carolyn purchased a farm south of Bloomfield and farmed along with the construction business until they moved to Harlan, where he worked for Green bay lumber co.  Ben continued in the construction business when the family moved to Clarinda, Ledyard and finally State Center. Ben was a member of Hope United Christian Church, former member of the IOOF Lodge and member of the United Brotherhood of Carpenters and Joiners of America. Ben Enjoyed family and family get togethers. He also enjoyed designing and building things. He was also a huge railroad aficionado and enjoyed reading. Ben just enjoyed being busy and doing a little bit of everything.

Ben is preceded in death by his parents Herman and Belva. Brother (Billy) and Sister Erma Lee.