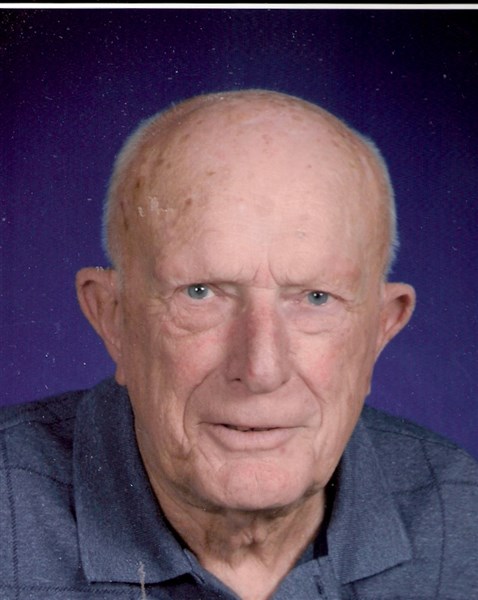 Kenneth Johnson, 86, of Marshalltown, Iowa passed away on Wednesday, October 28, 2015, at home surrounded by his loving family and under the care of Iowa River Hospice.

Funeral services will be at 10:30 a.m. on Monday, November, 2, 2015, at St Paul’s Lutheran Church in State Center, Iowa. Visitation will be on Sunday, November 1, 2015, from 4:00 until 6:00 p.m. at the Mitchell family Funeral Home in Marshalltown, Iowa. Memorials may be directed to St Paul’s Lutheran Church or Iowa River Hospice. For condolences or questions please visit: www.mitchellfh.com . Mitchell Family funeral Home is caring for Kenny and his family. Phone 641-844-1234.

Kenneth John Johnson was born on March 1, 1929, in Marshalltown, Iowa; he was the son of John and Evelyn (Mann) Johnson. Kenny attended school in the Marshalltown Community School District graduating with the class of 1947. He served our country honorably in the United States Army serving in Korea from 1950 until 1952. On February 16, 1958, Kenny was united in marriage to Nellie Gibbs at the St Paul’s Lutheran Church in State Center, Iowa. In 1962, they built their first home at Wolf Lake. In 1976, they moved to Le Grand where he served on the City Council for 13 years, and was a member of the Le Grand Lions Club. Kenny and Nellie moved to Marshalltown in 1991. Kenny worked and retired from Fisher Controls after 45 years of faithful service. Kenny was a longtime member of the American Legion and the VFW. He enjoyed time with the coffee group at Hardees, golfing, camping and spending the winters in Texas, but above all time with his family was the most important.

In death Kenny rejoins his parents, John and Evelyn Johnson, and sisters, Lois and Pat.