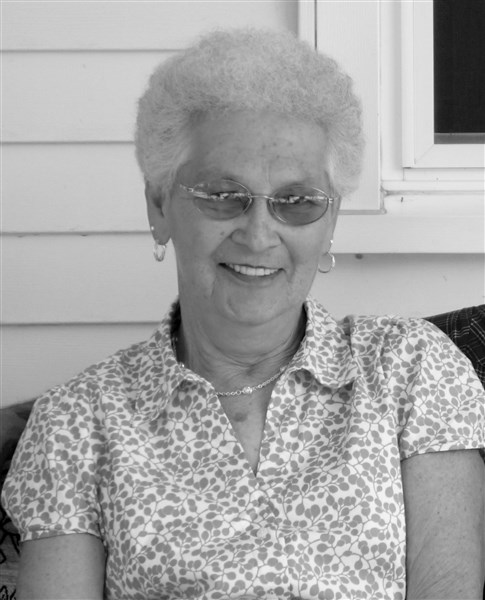 Mary Elizabeth (McKinley) Rankin, 76, of Melbourne, died on Thursday, May 21, 2015 at Mercy Hospital in Des Moines from a heart attack and blood clot complications. A graveside funeral service will be held 11:00 a.m., Tuesday May 26, 2015 at the Pleasant Hill Cemetery in Cincinnati, IA. Survivors include her husband Billy Rankin and two sons: Kevin and Judy Rankin of Lastrup, MN; and Carl and Dee Rankin of Bedford, IA; eight grandchildren: Charles (Chip) and Rebecca Rankin of Breezy Point, MN; Dale and Tammy Leikvoll of Hillman, MN; Chad and Jen Leikvoll of Princeton, MN; Dena and Chad Oscarson of Royalton, MN; Elizabeth Rankin of Bedford, IA; Rebecca Rankin and fiancee Sam Juhl of Ames, IA; Patrick Rankin and Mackenzie Daly of Bedford, IA; Sarah Rankin of Bedford, IA; and nine great-grandchildren. She is also survived by a sister Gladys Robertson of North Richland, TX; and nephew Marty and Jackie Rankin of Fort Worth, TX. Mary Elizabeth (McKinley) Rankin was born in rural Appanoose county near Numa, IA on July 27, 1938 to Rollie McKinley and Cecil (Langford) McKinley. She was educated in rural Putnam County, MO and graduated from Unionville High School in Unionville, MO. She married Billy Rankin on August 1, 1959, and bore two sons Kevin and Carl. They made their home in Centerville, IA where Kevin and Carl were born. In the fall of 1976 they moved to Melbourne, where they lived until her death. Mary worked throughout her life as a homemaker, seamstress, and cleaned houses for many people in the Melbourne area for years, well into her seventies. She spent all of her life supporting her family, listening and dancing to old time country music, and visiting with friends, especially the coffee ladies at the Melbourne Library.