Jo Delle Tustison, 81, passed away peacefully in the early hours of Wednesday, January 4, 2023, at her home in Ames, Iowa, from natural causes, and with her husband, Jim, by her side.

Jo Delle was born on June 20, 1941, in Silverton, Colorado, to Frances and Charity Lavina (Wingate) Dunbar. She moved to Oskaloosa, Kansas, and graduated from Oskaloosa High School in 1959. Jo Delle then went on to attend and graduate from Marshalltown Community College (Iowa) with an associate’s degree in applied science in May of 1982.

Jo Delle had many careers throughout her lifetime, such as a legal secretary, building manager, and a visionary consultant. She then went on to marry her first husband, to this union three sons were born, they later divorced. Jo Delle was united in marriage to Jim Tustison on February 3, 2001. Jo Delle prided herself on her relationships, friendships, problem solving, and her motherly advice. She left a positive and everlasting energetic effect on every person she met. Jo Delle cherished her children, grandchildren, and great-grandchildren. She was eternally grateful for finding Jim and all of their adventures together, as they were true soulmates. Jo Delle was a very caring, loving, and giving person. She loved angels, anything purple, the Iowa State Cyclones, and making blankets for loved ones.

She was preceded in death by her parents; sister, Jonnie Cordes; son-in-law, David Morales; and daughter-in-law, Kristi Gulley. A celebration of life will be held at a later date.

Funeral arrangements are under the direction of the Adams Funeral Home and online condolences may be left for Jo Delle’s family at www.adamssoderstrum.com 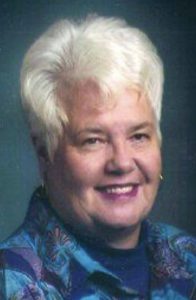