After surviving a global pandemic, four life threatening illnesses, and an incident in the late seventies that started in a Vegas biker bar and ended outside a Carpet Barn store, Vaughn Evan “Smitty” Smith (age 71) passed away peacefully from a rare cancer on December 09, 2022, at the Taylor House hospice in Des Moines, Iowa. Born February 19, 1951, Vaughn, the youngest son of Kenneth and Arlet Smith (Christian), spent much of his childhood in Clemons and State Center, Iowa. He spent the latter part of his teen years living with his beloved sister, Karen, and brother-in-law, Jim Lively, who Vaughn looked up to and admired his entire life. Vaughn graduated from West Marshall High School in State Center, Iowa in 1969 and went on to study at Iowa State University where he earned his bachelor’s degree in psychology. After graduating he took the natural next step in the field of psychology, working in retail management where he met the love of his life, Anita Sharp. After a short time in retail he began a career in the insurance claims business. On June 24, 1977, Vaughn and Anita were united in marriage in a ceremony officiated by the esteemed Reverend Johnny B. Truelove at the Little Chapel of the West in Las Vegas, Nevada. They moved to Polk City, Iowa in 1979 where they started a family. Vaughn always dreamed of having two boys named Rory and Rowdy. Luckily for his wife, and likely the benefit of society as a whole, they had two beautiful daughters, Natalie and Ashley. They were truly his pride and joy in life. After 41 years in the insurance industry, Vaughn retired from Farm Bureau Insurance Company in 2009. He enjoyed his retirement golfing, spending time around his swimming pool, watching Lifetime movies and old TV shows, playing cards with friends, and being with his family. Vaughn was preceded in death by his father, Kenneth L. Smith, his mother Arlet Flora Smith, and his brother Paul C. Smith. Left to cherish and remember his one of a kind sense of humor, inappropriate jokes, and penchant for mischief are his wife of over 45 years, Anita, daughters Natalie Wagener, Ashley (Erik) Johnson, grandchildren Sebastian Johnson, Brynn Johnson, and Cora Wagener, sister Karen (Jim) Lively, mother-in-law Harriet Sharp, and many nieces, nephews, other family members and friends. He was especially close to nieces Kim and Kathy Lively and dear family friend, Shelly Hansen. A celebration of life was held at Jester Park Lodge on December 19, 2022. The family received guests from 4-6 PM with a short service at 6:00, just the way he wanted it. The family would like to thank Dr. Kollmorgen, Dr. Isaak, and especially Dr. Heddinger for the extra 9 1/2 years we got with Vaughn after his first cancer diagnosis. They would also like to thank the nurses and staff at the Taylor House for their kindness. Memorial contributions may be made to Special Olympics Iowa, an organization near and dear to Vaughn’s heart. 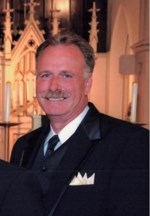