After graduating from West Marshall High School in 1968, he entered the United States Marine Corps for four years, re-enlisting in the United States Army for another 18 years. He served his country for a total of 22 years. During that time, Tom was stationed in numerous foreign countries including Viet Nam, Germany, Japan and Sudan.

After retiring from the military, he worked for Pothast Trucking and Juel Truck Line. Family and friends were important to Tom; he certainly enjoyed his nieces and nephews. He is survived by his five siblings: Sara (Dennis) DeWitt, John (Linda) White, Benita (John) Anderson, Josie (Mark) Hilleman and Mike White. Tom has 11 nieces and nephews and 21 great-nieces and great-nephews.

Preceding him in death were his parents, Lawrence and Pat White and his grandparents: Ralph and Nellie White and John and Gladys Thompson.

Per Tom’s wishes, cremation rites have been accorded and services will take place on Friday, December 30 at 11:00 a.m. at the Mitchell Family Funeral Home with Cathy Conkin officiating. Visitation will be prior to the service, starting at 10:00 a.m. Military honors will be provided by the combined VFW/American Legion of the surrounding area. He will be laid to rest at Rose Hill Memorial Garden. For those unable to attend, services will be available at the Mitchell Family Funeral Home Facebook page. Memorial contributions may be directed to the family for later designation. For online condolences or questions, please visit www.mitchellfh.com or call 641-844-1234. 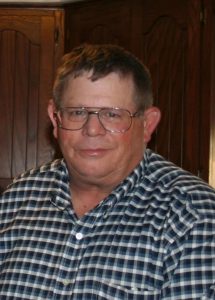