He was preceded in death by his parents; and sister, Sally Hymer.

Philip was born on May 9, 1940, in Marshalltown, the son of Wiley and Maxine Culbertson Ward.  He graduated from State Center High School in 1958, and Iowa State University in 1972. Phil served in the United States Army from 1959 until 1962. On November 30, 1963, he married Joanne Halsted in State Center. Phil worked at Kiowa Corp, Ames Lab, and spent the majority of his career working at IES (Alliant) until his retirement in 1998.

Phil was a member of St. Paul’s United Methodist Church, the American Legion, Cedar Rapids Country Club, and Country Club of Green Valley, AZ. He was president of American Lung Association of Iowa from 1993-1995 and was on the Board of Directors for the Wildcat Golf Course, Shellsburg.

Instead of flowers, memorials may be directed to a charity of the donor’s choice.

Online condolences can be left at www.teahenfuneralhome.com. 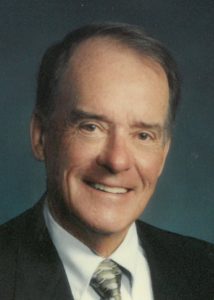