Harold “Bud” Davis, 92, of State Center, Iowa, passed away peacefully in the comfort of his own home on the morning of November 14, 2022 surrounded by his family.

Per his wishes, cremation rites have been accorded and no formal services are planned at this time. Memorials in Bud’s name may be directed to his family for a later designation. For additional information or to send a condolence please visit www.mitchellfh.com or call 641-844-1234.

Bud was drafted into the United States Army in 1952 and served in the Korean War. He served until 1954 when he was honorably discharged and returned to Iowa.

On January 17, 1959, Bud married the love of his life, Nancy Trueblood. They were united in marriage in Boone, Iowa. Together they made a home in the State Center area and raised their three children. Bud loved to work the land and farmed many acres over a number of years. When he wasn’t in the fields, he owned and operated Davis Trucking Company. Throughout the years, Bud was a member of Marshall County Pheasants Forever and a 50-year member of the State Center American Legion. He attended church at St. John’s Lutheran Church in State Center.

In his free time, Bud enjoyed going to the dirt track races in Marshalltown and watching NASCAR at home. He enjoyed riding motorcycles, boating in younger years. He was an avid Green Bay Packers fan, a huge history buff, loved nature and wildlife, and the tree farm that he started years ago. He was a proud veteran and always was very patriotic.

He was preceded in death by his parents Carl and Ruby Davis and his sisters Myrna and Katherine. 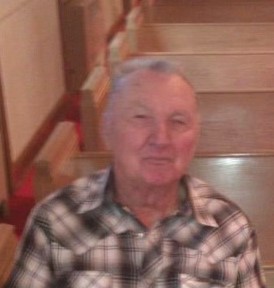