A visitation for Scott will be held on Sunday, September 18, 2022 at the Rhodes United Methodist Church from 2:00-4:00 P.M. A celebration of life will follow at the Rhodes Memorial Park. Interment will take place at Eden Cemetery in Rhodes, Iowa at a later date by his family.

Scott was born in Marshalltown, Iowa, on May 4, 1970 to Howard (Jr) and Pam Eldridge. He grew up outside of State Center and graduated from West Marshall School in 1988.

Scott made a career of heating and cooling working first at Kapaun and Brown, where he learned the trade he loved. In 2010, he started his own business Eldridge Heating-Cooling & Home Repairs.

Scott had many interests. He loved hunting (especially deer and coyotes), fishing, playing cards, fixing things, reading and forging through timbers especially for mushrooms and asparagus. But most of all he loved spending time with his family and his many friends. He was always available when needed with a helping hand and made life long treasured friends in every phase of his life. In 2019 Scott designed and built his own home in rural State Center.

He was preceded in death by his son, Ryan Eldridge, his grandparents, Howard and Goldie Eldridge and James and Lucy Scott, and his aunt LuAnn Fincher who was like a sister to him.

Scott’s obituary was lovingly written by his family. 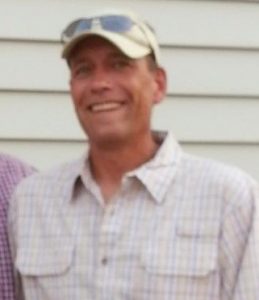