Thomas Dane Anderson, 62, of Marshalltown, IA, and formerly a long-time resident of rural State Center, passed away on Friday, August 26, 2022. Funeral services will be 10:30 a.m., Thursday, September 1, 2022, at Anderson Funeral Homes in Marshalltown. Visitation will be 9:00 a.m. until the time of the services. A private interment at Rose Hill Memorial Gardens will follow a luncheon at Anderson Funeral Homes. Live streaming of the service will be held on the Anderson Funeral Homes Facebook page at https://www.facebook.com/AndersonFuneralHomes. Online condolences may be sent to www.andersonfhs.com or created on Tom’s tribute page on the website.

Tom was born in Marshalltown on August 19, 1960. He was the fourth child born to Ralph W. and Helen A. Anderson of rural State Center. After attending West Marshall Community School District, he received his G.E.D. For many years, he worked with his parents on their farm and, more importantly, was a loving caregiver to them both until their deaths in 2003 and 2014.

Tom will be fondly remembered by those who knew him well as a kind and friendly individual – a man with a ready smile who enjoyed his regular visits with many locals. Among his many interests were comic books and movies, as well as the music of KISS, the Beatles, The Monkees, and others. He enjoyed attending concerts and followed several bands that played in the Marshalltown area. Besides collecting Marvel and DC Comics, he also was a frequent guest artist at comic-related shows throughout Iowa and in the Minneapolis/St. Paul area.

Tom is survived by two siblings, Donn (Pat) Anderson of Marshalltown and Linda (Jim) Monroe of Cedar Rapids, as well as several nephews, nieces, and cousins. He was preceded in death by his parents; his brother, John; all of his paternal and maternal aunts and uncles; and one paternal and one maternal first cousin. He will be truly missed by family and friends.

Tom’s family would like to extend their gratitude to all of his many friends and acquaintances, as well as those who have reached out during this difficult time. 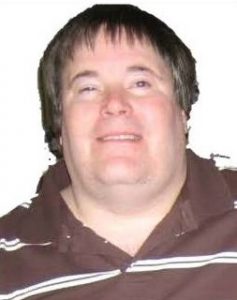