Marvin Edwards, age 77, the one person everyone knew in State Center, passed away at the State Center Specialty Care on Saturday, August 13th.

Funeral services will be held at 10:30 a.m. Tuesday, August 16th, at the Trinity Lutheran Church in State Center. He will be laid to rest in the Hillside Cemetery after his funeral procession down Main Street (the town he loved). Visitation will be held from 5-7:00 p.m. Monday at the church. For condolences, please visit www.mitchellfh.com. The Mitchell Family Funeral Home West Marshall Chapel is caring for Marvin and his family. Ph. 641-483-2900.

Born on August 7th, 1945, in Marshalltown, he was the son of Alvin and Maxine (Conkin) Edwards. He was raised in State Center and began public school there. Soon, his parents saw he was gifted and needed additional educational requirements to occur in his life. They were instrumental in establishing Pleasant Hill in Marshalltown. Marvin received his education there, with his loving parents driving from State Center daily.

Marvin was the most familiar face in State Center- making daily rounds, nearly to the minute. He knew where he had to be and the time he had to be there. From the pharmacy, to the newspaper office, to his coffee group, he was loved by all. He had a great memory of people. Rose Festival was the highlight of the year- riding his John Deere lawnmower in the parade. He was a faithful member of the Trinity Lutheran Church, Iowa Special Olympics, the CIRSI family and the AARP Wednesday Coffee Group. And, many people might not have known, but Marvin was quite the dancer. This year, the Iowa State Fair is down one of its biggest fans.

Left to cherish his memory are his siblings: Max (Pamela) Edwards of Chicago, Marcia Carson of Marshalltown and Marilyn (Ron) Marr of Waukee as well as several nieces, nephews, grand-nieces and nephews, cousins and friends.

In death, Marvin rejoined his parents and brother-in-law, James Carson. 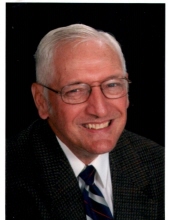