Carroll R. “Duke” Snider, 81, passed away after battling cancer in his rural Albion home, while being cared for by his loving family and Iowa River Hospice.

Visitation will be Friday, July 15th, from 5:00 – 7:00. Services are set for Saturday, July 16th, at 10:30 at the Mitchell Family Funeral Home in Marshalltown. Burial will follow at the Marietta Cemetery following services. Memorials may be directed to Iowa River Hospice or the Family to be designated later.

Carroll was born April 2, 1941, in Gifford, the middle of Weldon and Neva (Davis) Snider’s three sons. He graduated from Union – Whitten High School and from Simpson College, where he majored in business, was president of his fraternity and drove a school bus for four years. Carroll loved baseball; he played it from Little League through high school, college and on into the semi-pros. At Simpson, he played in every baseball game all four years and was team captain. After college, he was employed by Goodyear for two years, in Fort Dodge and Austin, MN.

Hoping to “see the world”, Carroll joined the military in 1963 but spent his entire time at Fort Leonard Wood working in military records. On July 25, 1964, he and Kathryn Goecke were married, and she joined him, teaching at the base school. In 1965 they returned to Iowa. For 38 years, Carroll worked as manager and co-owner at Minerva Valley Fertilizer Company, where he and the MVFC crew prided themselves on excellent customer service. They are well-remembered for their annual Customer Service Appreciation banquets featuring a humorous speaker, live band and dance, held each year before the spring season started. Carroll also farmed, had cow-calf herd, and taught a veterans’ ag class at Marshalltown Community College.

A member of Minerva Wesley Chapel, Carroll served as his church in many capacities, including treasurer for more than 30 years. He also served on several boards including United Suppliers of Eldora, Fidelity Bank in Marshalltown, and the BASF national board. But his proudest accomplishments were his children, Steve and Heidi, and the close relationships they shared. Carroll retired a few years early to attend all of his grandchildren’s sporting events and drove many miles to do so. He built a pond and campground for his family and friends and mowed it weekly for 18 years. His family teased him that he retired and sold MVFC to become a park ranger.

While Carroll and Kathy lived for 51 years on a farm halfway between where each grew up, they were fortunate to travel extensively, to all 50 states as well as several trips to Europe and cruises. His favorite was taking his children and grandchildren on a Hawaiian cruise to celebrate their 50th wedding anniversary. For the past 15 years, Carroll and Kathy have been snowbirds, spending their winters at their home in Mesa, AZ, golfing, hiking, watching spring training baseball games with many friends.

Carroll is survived by his wife of 58 years, Kathy; son Steve and wife Kami of Bondurant; daughter Heidi and wife Brandy of Carroll; grandchildren Ryan and Emma Snider, and bonus granddaughters Serenity Findlay and Kayla Dentlinger; brother Bob and wife Arlene of Katy, TX and sister-in-law Audrey Goecke of State Center. He was proceeded in death by his parents, older brother Ray at age 15, and brother-in-law Doug Goecke. 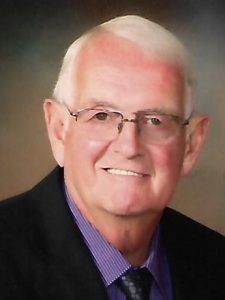