Larry Honeck, 83, of State Center, Iowa, passed away on the evening of April 2, 2022 at the Israel Family Hospice House in Ames, Iowa surrounded by his loving family.

A funeral mass for Larry will be held on Wednesday, April 6, 2022 at the St. Joseph’s Catholic Church in State Center, Iowa, beginning at 10:30 A.M. In lieu of flowers, memorials may be directed to the family for a later designation. For additional information or to send a condolence to the family please visit www.mitchellfh.com or call 641-844-1234.

Larry Lee Honeck was born December 22, 1938 to parents Floyd and Bernice (Eash) Honeck in State Center, Iowa. Larry attended school in State Center and graduated from State Center High School in 1957. Following high school, Larry enlisted in the United States Navy and served his country until he was honorably discharged.

In 1959, he was united in marriage to Florence Obrecht. Together they began a family and raised their four children. Larry worked at Fisher Controls as a machinist until his retirement from the company after 30 plus years. Later in life, Larry and Florence separated but still remained good friends.

He was a member of the State Center Volunteer Fire Department, the St. Joseph’s Catholic Church in State Center and the Lucky 7 Hunting Club. In his free time, Larry enjoyed hunting trips to Wyoming and Colorado with both his family and the Lucky 7, fishing, and camping. He was an active family man who was always there for his grandchildren’s activities and events. When he was able, Larry enjoyed traveling to the Iowa Hawkeye bowl games. He loved to pull pranks and joke around unless he was on the receiving end of the prank. He had a great smile and colorful personality and was full of love for his family.

He was preceded in death by his parents, Floyd and Bernice Honeck; and his brother-in-law Bill Kamps. 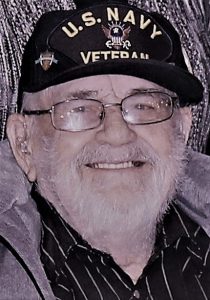