Merle received his elementary and secondary education in the State Center schools, participating in vocal music, band, football, and other athletic activities, which led to his relationship with Jean, his future wife of 75 years.

He served in WWII in the U. S. Army, stationed in Germany. After discharge in 1946, he enrolled at Coe College in Cedar Rapids, Iowa. While at Coe, his plan was to coach. He chose Coe because he wanted a small college where he could play football, rather than a large school where he might spend most of his time sitting on the bench.

After WW II ended, Merle played football for the 9th Infantry Division, where they won the U.S. Army European Championship.

In December 1946 Merle married Jean. Merle was voted President of his Junior class and was named to Who’s Who in American Colleges and Universities. He made the Mid America Athletic Conference football team all four years at Coe, was nominated to the Small College All-American football team, was named by the International News Service to the All-Midwest team where he was only topped at his defensive guard position by players from Notre Dame, Minnesota and Indiana. Merle was inducted into the Coe College Athletic Hall of Fame in 1976.

Merle graduated in 1950 and went to work for the Dept. of Agriculture in Des Moines, Iowa selling Federal Crop Insurance. He later enrolled in Drake University in successful pursuit of his master’s degree in accounting.

In 1954 the family moved to Omaha, Nebraska where Merle worked as a public accountant for Arthur Anderson & Co. While there he passed his CPA exam and became a Certified Public Accountant. In 1959 the family moved to Gallatin, where Merle entered a partnership with Joe Roberts, who owned the local telephone company. In 1960, Merle moved the business to Columbia, Mo., where he opened the Columbia Service Bureau. He grew a sizable business acquiring billing and accounting services for independent telephone companies in Missouri, Illinois, Kansas and Louisiana. While in Columbia, Merle began 50 years of service to the Presbyterian Church, serving in the Synod,and as Elder and Deacon to multiple Presbyterian Churches.

In 1972 Merle sold his business and joined Continental Telephone Company (later known as Contel, and eventually Verizon). His employment with Contel led the family to Reston, Virginia; corporate headquarters in Bakersfield, California; St. Louis, Missouri; and eventually Seymour, Indiana. Merle retired in 1991. He and Jean pursued one of their dreams, moving to the ocean front and golf community of Hilton Head, South Carolina. Hilton Head was the family homestead for 19 years. Merle and Jean hosted contestants each year during the International Piano Competition. They traveled the world extensively visiting every continent except Antarctica.

Merle was a life-long Chicago Cubs fan, and celebrated their World Series Championship in 2016. He also was a Mizzou football fanatic, celebrating their great victories, and scolding every missed tackle. He attended games in the 1960’s, and again starting in 2010, when Merle and Jean moved back to Columbia. 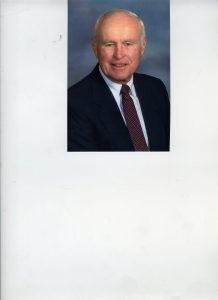