Belle Riemenschneider, 91, of Webster City died Wednesday, August 4, 2021 at Southfield Wellness Community.  Private family services will be held at a later date.  Burial will be at Graceland Cemetery. Foster Funeral and Cremation Center is entrusted with the services.

Letabelle Garretson, daughter of Kenneth and Edna (Kvidera) Garretson, was born February 17, 1930 in Tama, Iowa.  She graduated from State Center High School and Area Institute of Business in Des Moines.  On November 5, 1949 Belle was united in marriage to Stanley Earl Riemenschneider at State Center.  The couple farmed at State Center, before moving to a farm northwest of Woolstock in 1957.  She worked alongside her husband on their grain and livestock farm, while also raising their three children.  Their farm operation evolved into breeding, raising and selling miniature horses, which were their pride and joy.

Belle was preceded in death by her husband, Stanley in 2005; daughter, Cathy Vanderheiden; her parents, and brother, David Garretson. 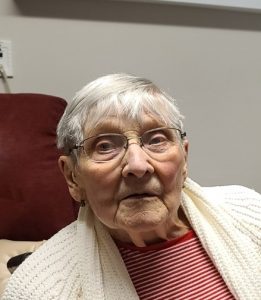