Skip to content
FacebookEmail
| logout
Mark Maurice Wycoff was born July 29, 1947 in Ames, Iowa to Maurice and Laurine Day Wycoff.
He lived and went to school in Shipley, Iowa until his 7th grade when schools consolidated and then went to Nevada High school for 3 years until he moved to Melbourne, Iowa and finished his last 3 high school years in West Marshalltown High.  After graduating he enlisted in the U.S. Army.
He married Vicki Wolf and of this union had 3 children, Donita, Troy and Staci.  With different moves they ended up in Elkins, Arkansas.  He passed away in Fayetteville, Arkansas on June 16, 2021.
He is proceeded in death by his parents and sister Charlene Hrnicek.  He is survived by his children, sister Charon Samson, nieces, nephews and many cousins. 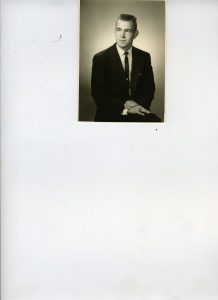