After a brief but brave battle, Jean Helen Lively Melton Curtis passed away on April 26, 2021.

Jean was born August 7, 1937 in State Center, Iowa to Kenneth and Helen Lively.

She attended Freelove Country School through 4th grade. She continued her education in the State Center school system, graduating in 1955. In high school she was a cheerleader and member of the chorus, girls glee club, and band. Jean stayed in touch with her classmates and attended many class reunions.

Jean married Kenneth Melton in 1957. They had five children, two died in infancy. Jean worked for Central Life Assurance Co. in Des Moines until joining her husband as a dance instructor for Arthur Murray Studios. While teaching dance for Arthur Murray Studios, they lived in New Jersey, Indiana, and Wisconsin where Jean and family became lifelong Green Bay Packers fans. In the early 1960s they moved back to Des Moines where Jean again worked at Central Life and then Pillsbury Grain Co. In 1968 the family moved to Oklahoma City where Jean worked for General Electric, Aetna Group Insurance, and Mobil Oil Company. Her marriage to Kenneth ended in the early 1970s.

Jean met and married Conny Curtis in 1975. They enjoyed many happy years until his death in 2012. They did much traveling with his company, visiting The Cayman Islands, St. Thomas, Oahu, Maui, Mexico, and Canada as well as many cities in the continental US.

Jean and Conny joined the Greens Country Club in 1991 and enjoyed many years of golfing and social functions there. Jean was a charter member of the Greens book club. She was also a member of two investment clubs, the Lady Niners and the 18-Hole Golf Group. She was named  “Super Senior Ladies Club Champion” in 2002.

Jean was preceded in death by her two infant daughters, her parents and a brother, John K. Lively. She is survived by her sons Timothy and Todd Melton (Jody Tatsumoto) and her daughter Traci (Christopher) Lawrence, her daughter-in-law Melia, her brother James (Katey) Lively and a sister Jane Ann (Loran) Frericks, grandsons Jacob and Dylan Melton, and granddaughter Erin Melton, as well as several nieces and nephews and cousins. Jean was loved by many and will be greatly missed.

A Memorial service celebrating Jean’s life will be held at New Hope United Methodist Church in OKC on Friday, May 7, 2021 at 11:00 AM. There will be an additional celebration of her life (date TBD) in December in Iowa to lay her to rest. 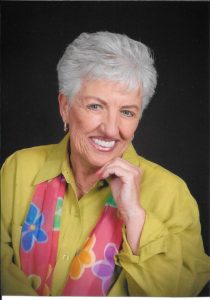