John W. Sparks, 85, of State Center, passed away peacefully at home on Tuesday, March 30, 2021 under the exceptional care of Iowa River Hospice. Per the wishes of John and his family, cremation rites have been accorded and there will be no services. Memorial contributions may be directed to the Animal Rescue League in Marshalltown. Mitchell Family Funeral Home has been entrusted with the care of John and his family. For additional questions or condolences, please visit www.mitchellfh.com or call 641-844-1234.

Born Johnny Wilbur Sparks on December 15, 1935 in St. Anthony, he was the son of Floyd and Louise (Carkhuff) Sparks. Following his graduation from high school in 1954, John began his lifelong career in farming. Early on, in addition to farming the land, he raised livestock and worked as a Pioneer seed dealer. John was united in marriage to Terry Rasmussen on February 16, 2007 on the Colorado River. In his free time, John enjoyed relaxing and spending time with his beloved sheepdog, Daisy.

John is preceded in death by his parents and 5 siblings: Floyd Jr., Jimmy, Roger, Donald and Maxine. 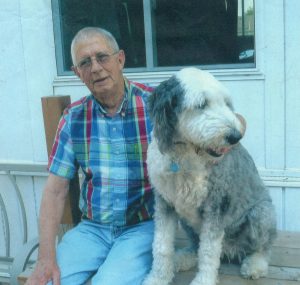