Judith Barbara Goodman, 81, beloved wife and mother, passed away on March 15, 2021, surrounded by her family at the Israel Family Hospice House in Ames, Iowa. There will be a public visitation at Anderson Funeral Home in Marshalltown, Iowa from 4-6 pm on Sunday, March 21. (The family requests that masks be worn for the visitation.) A private funeral Mass will be held for family members on Monday, March 22 at St. Joseph Catholic Church in State Center. Judy was born to Morse and Florence Fleming in Milwaukee, Wisconsin on June 12, 1939. She grew up, along with her younger brother Tom, in a neighborhood filled with friends and family. She spent her summers swimming and fishing at her family’s Lake Winnebago cottage. Judy graduated from Rufus King High School in Milwaukee and attended Marquette University, where she earned her Bachelor of Science degree in Biology and a teaching endorsement. While at Marquette, she played clarinet in the varsity marching band and met her future husband, trombonist, Donald Goodman. Judy and Donald married in 1963 and moved to Donald’s hometown of State Center, Iowa, where they raised their seven children. A mother and homemaker, Judy renewed her teaching license in 1981 and went back into the classroom as a substitute teacher. She was a loving, dedicated and involved mother and grandmother. She attended her children and grandchildren’s sporting events enthusiastically for decades. An avid reader, she inspired the love of literature in her children, grandchildren and great-grandchildren, providing books tailored to each child’s interests. Supporting church and community were also very important to Judy. She worked as a substitute teacher and school volunteer at West Marshall schools for over 45 years, where she often provided one on one instruction to students who needed or wanted a little extra help. In 1987, Judy was recognized by the Governor of Iowa for her volunteer work in Iowa schools. She also served as a catechism teacher and Director of Religious Education at St. Joseph Catholic Church and was part of the lay ministry program there. Judy was also a member of State Center’s Women’s Club and St. Joseph’s Altar Society. Judy was preceded in death by her parents and daughter, Mary Buggs. She is survived by her loving husband, Donald Goodman, her adoring children Greg (Stephanie) Goodman, Peggy (Mike) Hotopp, Patty (Alan) Hoff, Paul (Barb) Goodman, Jennifer (Charlie) Anderson, and Erin (Joe) Maloney, son-in-law Andrew Buggs and brother, Tom (Shirl) Fleming. She is also survived by 23 grandchildren and 5 great-grandchildren. She will be dearly missed by all those who knew and loved her. 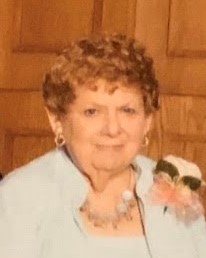