Larry G. Carlson, 80, of State Center, passed away Monday evening, November 23, 2020, at the State Center Specialty Care under the care of the Iowa River Hospice. To honor his wishes, cremation rites have been accorded. A memorial service will be announced at a later date. The Mitchell Family Funeral Home has been entrusted with caring for Larry and his family. For further information or to send Larry’s family a condolence, please visit mitchellfh.com or call 641-844-1234.

Larry G. Carlson was born December 18, 1939, the eldest son of John B. and Doris (Heifner) Carlson. Larry went to school at Lamoille until third grade when his dad bought a farm two miles east of Melbourne. In 1957, Larry graduated from Melbourne Consolidated School and went on to automotive technician school in Kansas City, MO, graduating in 1958.  He worked for Fred Mount Motors as a mechanic for a few years and then at McGregor Furniture Company in truck delivery and the warehouse until April 1963 before being drafted into the army.  He received his basic training at Fort Leonard Wood, MO and then went to Asst. Radio Repairman and Radio Operator school at Fort Sill Artillery Missile base in Lawton, OK. After that, he served 16 months in the 7th Army in Nuremburg, Germany, where he was stationed in the 2nd Howitzer Battalion, 34th Field Artillery, trained in the big 155 mm S.P. artillery gun.

Larry was married to Lynn E. Lawler on June 18, 1961 at the Trinity Lutheran Church in Dillon, IA. They had lived in Marshalltown for a few years up until Larry got drafted. They had lived in Broomfield, CO for two years and later in Cedar Rapids for two years. In 1969, they moved to an acreage in Melbourne, IA where Larry worked for Jon Edler. Larry started to farm the family farm with his dad in 1971; he farmed there for 26 years until his retirement in 1997, when he and Lynn moved to State Center, IA. Larry also worked for the State Center Post Office as a custodian for 25 years. He was a diehard fan of the Denver Broncos, the St. Louis Cardinals and the North Dakota State Bisons.

Larry was a PUFL member of the Harlan G. Pfantz American Legion Post #122 in State Center for 30 years, where he had been Chaplain for over 25 years. He was a member of the Mid-Iowa Antique Power Association for a number of years. He enjoyed showing his Minneapolis Moline tractors and his 766 International tractor at the show. He enjoyed fishing, hiking and traveling in Iowa. Larry was fond of trains, especially the Union Pacific Big Boy engine.

In death, Larry rejoins his wife Lynn of 55 years and his parents: John and Doris Carlson. 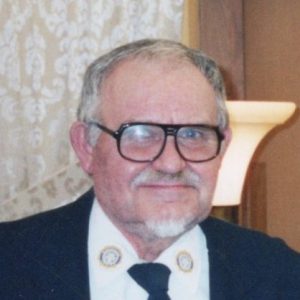