Allan L. Eddy, 88, of Le Grand, IA, passed away January 24, 2021 at Grandview Heights Rehab and Healthcare in Marshalltown, IA. Graveside services will be 11:15 a.m., Friday, January 29, 2021 at the Oak Hill Cemetery in rural McCallsburg, IA. Visitation will be 9:30 a.m. to 10:30 a.m., Friday, January 29, 2021 with a 10:15 a.m. Masonic Service at Anderson Funeral Homes in Marshalltown, IA. Per state guidelines, social distancing and masks will be required. Anderson Funeral Online condolences may be sent to www.andersonfhs.com. A celebration of Allan’s life will be held in the summer. Memorials may be designated to Hope United Methodist Church or Iowa Natural Heritage Foundation.

Allan was born September 24, 1932 in rural Rhodes, IA to his parents Harry and Bertha (Scott) Eddy. He graduated from Rhodes Consolidated High School in 1950. Allan later joined the Air Force in 1952 where he served during the Korean War. He was united in marriage to Carol Erickson on June 30, 1968 in Dayton, IA. Allan was employed with the United States Post Office where he was a postal clerk for 25 ½ years when he decided to retire in 2000. Allan was a member of the Hope United Methodist Church, Masonic Lodge, and the American Legion. Allan was the Vice President of Eddy Family Association in America, member of the Marshall County Historical Society and served on the Rhodes City Council. He was a man full of many hobbies including coin collecting, creating stained glass pieces, rebuilding Corvettes, and traveling. Allan and Carol traveled to all 50 states and many of the Canadian provinces. Some of his best times were driving to Arizona and Texas to see his sons and their families. He loved family get-togethers and loved to play board games with friends. You could often catch Allan driving his Corvette around town.

He is proceeded in death by his parents; two brothers, Glenn, Leonard and two sisters, Patricia Menter and Mavis Brown. 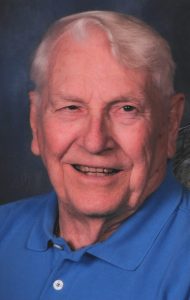