Per the wishes of John and his family, cremation rites have been accorded. A memorial service will be held on Sunday, January 17, 2021 at 2:00 P.M. at the LaMoille Congregational Community Church with Pastor Terry Collins officiating. A visitation will take place immediately following the service at the church. For those unable to attend, the service will be made available on the Mitchell Family Funeral Home Facebook page. Military honors will be provided by the combined VFW/American Legion Honor Guard of the surrounding area. In lieu of flowers, memorial contributions may be directed to the family or an organization of your choice in John’s name. Mitchell Family Funeral Home has been entrusted with the care of John and his family. For additional questions or to leave a condolence, please visit www.mitchellfh.com or call 641-844-1234.

John Chester Hauser was born on January 29, 1948 in Marshalltown, Iowa, to Cecil H. and Opal M. (Loupee) Hauser. John attended LaMoille Consolidated School through 2nd grade until the school closed and he then attended school in State Center and graduated from West Marshall High School with the class of 1966. After graduation he worked for a neighbor, James Benson, until he was drafted to the US Army. John proudly served 1969-1970 with a year in Viet Nam where he earned a Purple Heart. Following his service he returned home and helped his father on the family farm. In 1975 a family farm corporation was formed. Cecil, Larry and John raised hogs and cattle as well as corn and beans. They received the Marshall County Master Pork Producers of the year award. John also worked at Donco Products for 10 years. John was a member of the LaMoille Livestock 4-H Club during his youth. He served a 2-year term on the Marshall County Extension Council, was a member of the Marshall County Pork Producers, spending many hours at grilling promotions, Marshall County Cattlemen, and was a lifelong active member of the LaMoille Congregational Community Church where he served many terms as a Trustee, Deacon, Board Chairman and volunteer. John took up woodworking and made many beautiful pieces of furniture as well as kitchen cabinets for their home.

John married Lynnette Kimberley on July 31, 1971 in the LaMoille Congregational Community Church. They lived on the family farm where they raised their two sons. He enjoyed following their activities and when the grandchildren came along he and Lynnette attended as many softball, baseball, football, volleyball, basketball, track and  cross-country meets, gymnastic meets, swim meets, band concerts and piano recitals as they could.

John is survived by his wife of 49 years, Lynnette, their sons Brent (Nancy) of State Center, IA, and Kevin (Amy) of Gering, NE; grandchildren Emelia, Kate, Olivia, and Will of State Center, and Emily of Gering, NE; sister Nancy (Mike) Wedekind, Pella; sisters-in-law Lynda Hauser of Marshalltown; Kayleen Conter of Ankeny and Shirley Kimberley of Marshalltown; 10 nieces and nephews, and 16 great nieces and nephews.

He was preceded in death by parents and brother Larry. 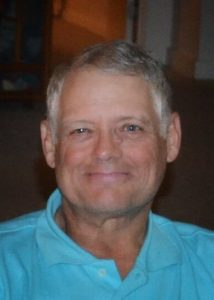