Doug Rempp, 64, of Lamoille, passed away on Sunday, December 13, 2020 at the University of Iowa Hospitals and Clinics in Iowa City after complications from stem cell transplant treatment following his battle with an aggressive cancer.

Private family services will take place to honor Doug. Memorials may be directed to the family for later designation. Mitchell Family Funeral Home has been entrusted with the care of Doug and his family. For additional questions or to leave a condolence, please visit www.mitchellfh.com or call 641-844-1234.

Born Douglas Allen Rempp on September 8, 1956 in Marshalltown, he was the son of Robert and Velma (DeButts) Rempp. Doug always excelled as an athlete, beginning in his youth. He played football, basketball and baseball, but his favorite sport was track, where he placed at a national level. Doug graduated from West Marshall Community School in 1974 and went on to receive his degree in Science Education from Upper Iowa University. He continued his education at Iowa State University, taking graduate level classes in kinesiology and sports administration.

Doug married the love of his life, Shari Buss, on December 17, 2004 in Andover, Minnesota. They shared a deep passion for adventure and traveled much of the country together. Doug worked as a teacher and coach: beginning his career in Iowa and then, after owning a siding business for several years in Minnesota, he taught in Colorado, Hawaii and Alaska, to name a few. He ended his career back in Iowa, most recently coaching track at East Marshall. Coaching was Doug’s great passion, especially track, and he did this at each school where he taught. When he wasn’t teaching or coaching, Doug and Shari were exploring everything from the East Coast to the West Coast. They loved seeing new things, hiking in the mountains, canoeing in the Boundary Waters. They were able to continue to travel throughout Doug’s cancer treatment. He also belonged to the Lamoille Congregational Church since childhood.

Left to cherish his memory is his wife of almost 16 years, Shari; his children: Heidi of Isanti, MN, Amy of St. Francis, MN, Kaylen of Anchorage, AK and Jacob of Steamboat Springs, CO; his grandchildren: Taylor, Jade and Boston; his mother, Velma Rempp of Lamoille, IA; his brothers: Craig (Julie) of Stanfield, MN and James (Becky) of Andover, MN and many nieces and nephews.

Doug is preceded in death by his father, Robert. 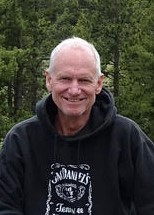