Ronald “Ron” Gauch, 85, of Marshalltown, Iowa, passed away on the afternoon of November 5, 2020 at the Israel Family Hospice House in Ames, Iowa surrounded by his wife of 64 years Betty (Robinett) Gauch of Marshalltown & Ames, daughter Suzanne Gauch of Ames, son Scott Gauch and wife Lori (Fosse) with grandson Cole Gauch and granddaughter Conner Gauch of Bondurant.

Ron was born November 6th, 1934 to Helen and Elmer Gauch of State Center, Iowa. He graduated from State Center High School in 1953. As Defensive Right Guard of the State Center Wildcats Football team, he led the state championship award winning football team in tipped balls with interceptions beating opposing teams many times 19-0 and defensive rivals 2-0 winning the crown conference trophies. He was humble in his athletic and academic abilities as a defensive right guard and tackle, as he was on the 1st All-American Defensive, National, and Iowa State Teams for all 4-years of playing football for his team. Ron also won athletic football and academic scholarships offers from both Iowa State University & Iowa University. His football jersey #56 was raised to the top of the stadium in his honor as he maintained national and state records during his football 1st Team All-American Defensive career.

Ron then married Betty Robinett of Marshalltown and worked at Fisher Governor Controls managing the electronics department. Ron was given the management of the 1st assembly line of women for Fisher Controls manufacturing maintaining the highest level of completion above all other assembly lines. They enjoyed working for him as their boss and starting their new careers in manufacturing. He designed a miniature of the new Fisher Controls manufacturing plant in Marshalltown and his children Scott and Suzanne rode in the parade celebrating the new design for the new plant. Ron was instrumental in starting the Union for Fisher Controls and flew out to Detroit with his colleagues at Fisher Governor bringing back the Union to central Iowa, the UAW in Marshalltown. He was one of the original charter members.

During this time Ron was a Sargent of Mechanical Engineering in the National Guard for over 20 years, he and his son Scott built and raised the United States flag at the Amory in Marshalltown. Ron started his own business and later with his son Scott, Gauch Electrical, Plumbing, Heating, Pump Repair, Excavation & Construction in Melbourne also implementing Geo-Thermal furnaces throughout the Midwest in the national central state’s region. He was a volunteer Fire Fighter and enjoyed the Lions Club in Melbourne too. His family project along with his son Scott, designed and implemented the geo-thermal system in the Living History Farms, “Farmhouse of the Future”. He and his son built many buildings around the corridors of Des Moines and central Iowa. Ron loved his football games, westerns and coaching teams on his wide flat panel screen. Ron is also the longest living NASH, clinical trial recipient of the new treatment plan from Iowa City and enjoyed seeing Kinnick Stadium during his treatments and hearing the cheering football crowds from there and in his new home in Ames near Jack Trice field. He is survived by his wife Betty of Marshalltown & Ames, daughter Suzanne Gauch of Ames, son Scott Gauch and wife Lori (Fosse) with grandson Cole Gauch and granddaughter Connor Gauch of Bondurant. 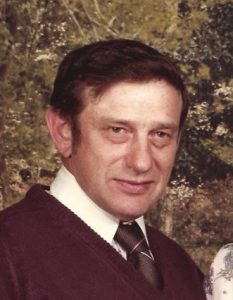