Jason Dean Walker “Charlie” left this life on October 13, 2020. He was born on October 8, 1979 to Joe and Peggy McBeth Walker at Ottumwa Hospital in Ottumwa, Iowa. His childhood was filled with working with farmers, creating trouble, and spending time at his grandparents’ farms. He attended Hedrick Community Schools until the consolidation with Pekin his 6th grade year. Over the years he was involved with t-ball, baseball, football, and FFA. He was on the school and state FFA leadership teams. He traveled with his mom and siblings across the country to destinations including Washington, Florida, Maine, the East Coast and Branson, Missouri. He and his dad spent many early mornings, evenings, and weekends hunting, fishing, and trapping. Jason graduated high school in 1998 and then attended college at Kirkwood and Indian Hills Community Colleges, graduating from Iowa State in 2003 with a degree in production management and finance. In 2002, he and Emily Allison welcomed their first bundle of joy, Molly Grace, while they lived in Ames. In 2003, they moved to Fremont where he worked for Pioneer Seeds as a production manager and he and Emily started the Fremont Fruit and Vegetable Market providing a variety of grade A produce to the area. On September 23, 2005, Jason and Emily were united in marriage in Hawaii with their parents and Molly Grace as witness. In 2007 and 2009 respectively, Elley Jo and Jackson Dean were born to their union with as much pride and love as infants could want. In 2013, the family moved to State Center, where Jason first worked for Heartland Coop and then more recently for Key Coop as a site manager. Over the last couple of years, he started Minerva Valley Ag Solutions. His first venture operating as Minerva was to purchase his own tractor rig and haul hogs for Iowa Select which helped launch his longtime dream of working as an independent operator offering custom application. Throughout the years Jason coached sports teams and served both on the Fremont and State Center School Boards. His family meant everything to him and he shared his love for travel as the kids grew older. Their most recent trip was one this summer to Colorado where they visited many of the same places he had as a kid. He took great pride in growing Walker’s Best pumpkins and sweet corn. He loved talking with his regulars and his farmers, attending his kids’ many activities, going on drives with his beautiful wife, winning Cribbage, watching movies with his family, going to the Iowa State Fair, exploring the outdoors, sharing his love of history with Jackson and Molly, and recently bonding over baseball with Elley. Jason was a straight shooter. His ability to talk with anyone and make them feel welcome will be missed. The family asks everyone to join them in remembering Jason for the many wonderful memories he brought to this world and all of the work he did to make the world better and people happy.

Jason is survived by his wife, Emily; children Molly, Elley, and Jackson; his parents; parents-in-law, Jim and LaDonna Allison; siblings, David (Matt), Becky (Pat) Seaton, and Angela (Nick) Retzlaff, brother-in-laws Jim Allison and Joel (Dawn) Allison and nephews and nieces, Dylan, Mariah, Hope, Jeremiah, Blake, Briar, Samantha, Junior, and Aubrey; as well as many other dear friends and family. He was preceded in death by his grandparents, Milford and Mary Frescoln Walker, and Archie and Pat McCombs McBeth.

Memorial services for Jason will be held on Monday, October 19 at 11:00 A.M. at Mitchell Family Funeral Home in Marshalltown.  A visitation will take place on Sunday, October 18 from 1:00-3:00 P.M. at Mitchell Family Funeral Home.  Attendees are asked to wear masks and practice social distancing.  Per the wishes of Jason and his family, cremation rites have been accorded and his final resting place will be the South Skunk River.  Memorials may be directed to Jason’s family for later designation.  For additional questions or to leave a condolence, please visit www.mitchellfh.com or call 641-844-1234. 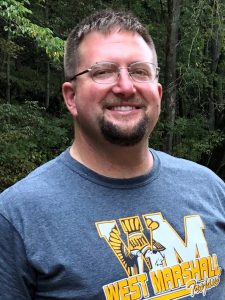