Evelyn Jenness, 94 years young, of Marshalltown, formerly of New Providence, was a survivor from the beginning of her life until the very end.  She lived through World War II and The Great Depression in her early years and more recently, the tornado of 2018, the Covid-19 pandemic and derecho storm.  On Wednesday, August 26th, 2020, she passed away at Accura HealthCare of Marshalltown under the care of St. Croix Hospice.

Funeral services for Evelyn will be held Saturday, August 29th at 1:30 P.M. at Mitchell Family Funeral Home in Marshalltown, followed by burial at New Providence Cemetery.  A visitation will take place one hour prior to the service, beginning at 12:30 P.M.  Attendees are encouraged to wear casual attire.  The service will be available to view livestream on the Mitchell Family Funeral Home Facebook page: https://www.facebook.com/Mitchell-Family-Funeral-Home-99280714047/.  The family has requested flowers to be ordered from The Rustic Rose to support local business in New Providence.  Memorials may be directed to Mesquakie Friends Church or Camp Quaker Heights in Eldora.  Please visit www.mitchellfh.com or call 641-844-1234 to leave a condolence or with additional questions.

Evelyn Marie (Bernard) Jenness was born January 25, 1926 at rural State Center, Iowa to Raymond and Hilda (Henze) Bernard.  She was the first granddaughter for the Henze and Bernard families.  There were four grandsons.  She was baptized at St. Paul’s Lutheran Church, State Center, Iowa.

In 1938 she moved with her parents and brother, Kenneth to a farm west of New Providence, Iowa.  Evelyn graduated from New Providence High School in 1943 and worked in the local grocery store that summer.  She graduated from Central Iowa Business College, Marshalltown, Iowa in 1944.  She then began working in the parole office at the Iowa Training School for Boys, Eldora, Iowa and was working there at the time of the riot in August 1945.

Evelyn married Martin Schnormeier in 1947 and they farmed near Hubbard.  Four children were born to this union: William Martin (Joyce) of Hubbard, Richard Raymond of Zearing, Linda Louise (David) Halvorsen of Marshalltown and Thomas Henry (Federazel) of Webb, Alabama.  Evelyn returned to work in the office at the Training School in 1970.  In 1973, she married Edward Jenness and they made their home in New Providence.  They very much enjoyed square dancing, golfing and camping.  Ed passed away suddenly working at Lennox in Marshalltown in 1978.  Evelyn retired from the Training School in 1987 and moved to Marshalltown in 1988.

Following retirement, she purchased a camper that was located on the lake at Twin Anchors, Colo and was there 23 years.  She also worked part-time for CIRSI (Central Iowa Rehabilitation Services, Inc.) and Hawkeye Health as a caregiver and respite worker, taking care of handicapped children and elderly.

She enjoyed traveling and was able to go on mission trips to Guatemala and the Appalachians in Kentucky.  Other trips she enjoyed were to Europe and several places in the country including Boston, Washington D.C., New York, Colorado (where her son Dick was in Fitzsimmons Hospital with his Vietnam wounds), Los Angeles and Alabama.  Her most frequent trips were to Alabama to see Tom.  She very much enjoyed her trip to the Creation Museum in Kentucky.

Evelyn enjoyed bridge, crocheting (especially names), reading, computer, camping, puzzles and scrambled words.  She volunteered at the school, hospital, RSV (Retired Senior Volunteer Program) and was very thankful for the Marshalltown Senior Center, where she played bridge twice a week and enjoyed the fellowship and computer.  She was a member of the Marshalltown Friends Church.

She was preceded in death by two husbands, oldest son Bill and brother Kenneth. 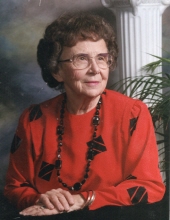