Kelvon “Kelly” Biensen, 67, of State Center, entered into eternal life Tuesday night, May 19, 2020 at the University of Iowa Hospital & Clinics from an interstitial lung disease. A graveside funeral service will be held at 2:00 p.m. Thursday, May 28, 2020 at the Hillside Cemetery, State Center. Visitation will be held from 6:00 until 8:00 p.m. Wednesday evening at the Mitchell Family Funeral Home. A memorial fund is being established. Attendees are strongly encouraged to wear face masks and practice social distancing. For further information or to leave Kelly’s family a condolence, please visit www.mitchellfh.com or call 641-844-1234.

Kelly was born on June 13, 1952 in Marshalltown, the son of George and Barbara Ann (Ryan) Biensen. He grew up west of State Center and graduated from the West Marshall High School in 1970. While in high school Kelly played both varsity football and wrestling. He was a 140 lb lineman that knew both his plays and those for fellow football player Lumpy. As a wrestler he competed two weight classes above his weight, rarely getting pinned but could still recount the number of ceiling lights in every gymnasium in the Heart of Iowa conference. He was a proud member of the West Marshall FFA. He continued his education at Iowa State University and gained a Bachelor of Science Degree in animal science and a life-long dedication to Iowa State sports. He was a member of the ISU Livestock Judging team and after graduating he coached state champion 4-H and FFA Livestock Judging teams.

On January 7, 1977, he was united in marriage to Nina Jane List at the First Presbyterian Church in State Center. The couple made their home on their farm southwest of State Center where Kelly and Nina raised purebred Berkshire swine. He served as President of the American Berkshire Association, Iowa Berkshire Association, and served on the board of directors for the Iowa Pork Producers Association. He was recognized as the Iowa Master Purebred Swine Producer. In 1981 he donated a Berkshire gilt to the Archbishop of Canterbury, Robert Runcie, to start a world-wide food chain in underdeveloped countries. He started Eden Farms Berkshire Pork in response to an earlier farm crisis, marketing pork to white table-cloth restaurants across the United States. When he encouraged this producer group to raise their pigs without antibiotics, an Eden Farms employee remarked “There goes Kelly, trying to save the world again.”

Left to cherish his memory are his wife of 43 years, Nina; his son, Ryan; his grandson, Jesse; two brothers, Mike (Elma) Biensen of Grand Prairie, TX and Rod Biensen of Nevada, IA; his sister, Barbara Jo (David) Rotchfuss of Columbia, SC and several nieces and nephews. In eternal life, Kelly has been reunited with his parents 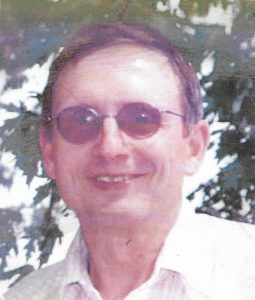