Jean Elaine Riemenschneider, 74, of State Center, passed away Saturday, May 23rd, at Windsor Manor in Nevada. A private celebration of life service was held at the St. Paul Lutheran Church in State Center with Myron Herzberg, interim pastor, presiding.

Jean was born June 8th, 1945, the daughter of Richard and Marjorie Moore of Marshalltown. She graduated from Marshalltown High School, Marshalltown Area Community College, and the University of Iowa. Following graduation from the University of Iowa, Jean moved to Salt Lake City, Utah, and worked for several years in marketing and public contact for the Utah State government. Returning to Marshalltown, she joined her parents in managing the Marshalltown A & W restaurant, a business which they founded and continued with for 45 years. When Jean’s parents retired from the business Jean went to work as an administrative assistant for the Buena Vista University branch campus at the Marshalltown Area Community College. After 20 years with Buena Vista University Jean retired in 2008 and joined her husband in their farming operation west of State Center.

Jean was united in marriage to her husband Bill in 1983. Jean and Bill are members of St. Paul Lutheran Church in State Center. Jean served on various committees and special projects while a member of St. Paul. With her husband the couple became closely involved with Drake University athletics and were named Drake university’s Loyal Alums in 2016. The couple were also active in the events and special programs of the Midwest semi-pro Hillclimb Association. When they retired from farming and moved into State Center in 2011, Jean became involved in the daily work of their shared business, Super T Specialties.

Jean is survived by her husband Bill, a sister Donna Coffman (Jim) of Ft. Collins, Colorado, and several nieces and nephews. Mitchell Family Funeral Home is in charge of arrangements for Jean and her family. For more information or to send a condolence, please visit www.mitchellfh.com or call 641-844.1234. 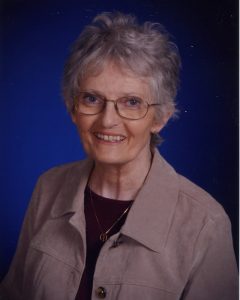