Funeral services will be held on Tuesday, February 25th, at the Stavanger Friends Church at 11:00 a.m. with Pastor Jim Bonser officiating. A public visitation will be held on Monday at the Mitchell Family Funeral Home from 5:00-7:00 p.m. Memorials may be directed to the family while a fund is being established in Shirley’s name. For condolences please visit www.Mitchellfh.com or call (641)-844-1234.

Born on March 16th, 1941, in State Center, Iowa, she was the daughter of Fred and Leatha (Miller) Brandt. She received her education in the area of her birth and graduated from State Center High School.

On July 3, 1959, at the Stavanger Church, she was united in marriage to Dale Devig. The two would make their lives together in the Le Grand area tending the fields and working the land. Shirley enjoyed gardening and bird watching as well.

In death, Shirley rejoined her beloved Dale who died in 2017, her parents, brother Luverne Brandt and sister, Charlotte Brandt. 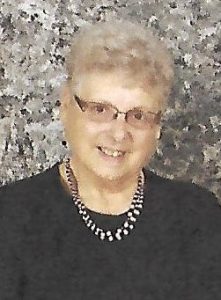