Glen Lyall, age 69, of State Center, passed from this earthly life on the evening of Saturday, January 25th, 2020.

Honoring his wishes and that of the family, no services will be held at this time. For condolences, please visit www.mitchellfh.com. Memorials may be made to the family to be used for the local Boy Scout Troop 311 in his memory. The Mitchell Family Funeral Home West Marshall Chapel is caring for Glen and his family. Ph. 641-483-2900.

Born on October 11th, 1950, in Stuart, IA, he was the son of Robert and Marcella (Krausz) Lyall. At the age of 10, his family moved to California, then returned to Iowa when he was 12. Glen started school upon their return in West Des Moines and graduated from Des Moines Tech in 1969. He later attended drafting school in Colorado. Being quite a golfer, he worked on one of the Des Moines courses and had a potential of being a professional.

While working at PDM in Des Moines, he met Connie Mahlow, and his first words to her upon meeting were “You are not going to like working here.” She thought maybe he was a little cynical, but liked the guy anyway. After a few dates, she learned his name was actually Glen, and not Lyle (Lyall) – what everyone at work called him. The two were united in marriage on April 5th, 1975, at Holy Trinity Lutheran in Ankeny, Iowa. They made their home in Enterprise, Iowa, Ankeny and since 1986 in State Center.

Glen retired at age 63 following a colorful career of over 35 years being a draftsman and later IT worked for the State of Iowa DOT. He was passionate about the good work of Boy Scouting and served on the Board of Review. He also belonged to the Order of the Arrow. Every fall, you could find him collecting walnuts, and no lie, he collected 5000 lbs. of walnuts two years ago. The funny thing about his passion of collecting them was he had an allergy to the oils in walnut hardwood causing him to break out! Being a true animal lover, he made several donations to the ARL in Nevada, enjoyed working on John Deere garden tractors and coaching softball and baseball. He also had quite a sense of humor “he had to in order to be married to Connie.”

Left to cherish his memory are Connie, his loving wife of 44 years, son Paul and daughter Sarah all of State Center, his brother Robert and a sister Mary.

In death, Glen rejoined his parents. 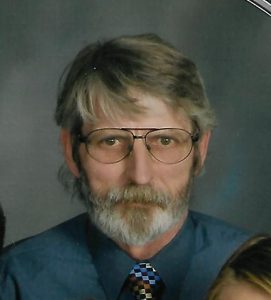