Donald Buck, 94, of State Center, IA was reunited with the love of his life December 22, 2019 surrounded by family and under the care of Mary Greeley Hospice in his home.

Donald Alfred Buck, son of Alfred Christopher and Frances (Steward) Buck, was born May 4, 1925 in Marshall County at the family farm house where he grew up.  He attended school in Rhodes where he graduated as a Rhodes Scholar in 1942.  He worked on the family farm until he enlisted in the Army Air Corp right after graduation at the age of 17.  He served his country honorably as a WWII Gunner in the 376th Bomb Group.

Upon his return he attended Iowa State University and graduated with a degree in farm operations where he met his lifetime partner, Ruth Ann Westley.  They were united in marriage on July 7, 1951 at her home in Cooperstown, ND.  They came back to Rhodes where they began their life together on the Buck Family farm being a 3rd generation farmer.

Donald’s life was grounded in principals he embraced as a young man: faith, family, farming, and community service.  He was a member of the Rhodes United Methodist Church where he attended faithfully.  He served as president of the board and continued as a board member and enjoyed playing handbells.  In 2015 he started a Rec Center in the lower level of the church for the community children and adults, Treyton’s Place in honor of a grandson.

Donald was a loyal follower of ISU Basketball and Football games.  When he couldn’t get there, he enjoyed watching them from home.  In his later years he enjoyed attending his 376th bomber group reunions with family.  He was a Farkel King.  Above all, Donald was proud of his family and enjoyed attending and supporting their activities.

The seed that was the love of farming and the respect of the land planted in him as a boy never stopped growing.  Each year he looked forward to that beautiful cycle from planting to harvest and generously shared the bounty with friends and family.  Several of his children and grandchildren inherited the same interest in agriculture.

Donald ran for a seat in the House of Representatives in 1982 and also served on the Farm Bureau Board including President in Marshall County.   He served as a township trustee and was on the Farm Service Board.  He also enjoyed being a boy scout leader, a Mason and a proud member of the Soil Conservation Board where he received numerous awards for his soil conservation efforts.  He also served on the Soybean Association where he and his wife were able to travel internationally to serve as agricultural ambassadors through the People to People organization to China and Russia.  Other travel included Europe, Caribbean, Central America, Iceland, Guam and all 50 states.  Their favorite place in all the traveling was Stuart Lake in MN with their children at the family cabin.

Funeral services for Donald will be held on Monday, January 6, 2020 (note date) at 10:30 a.m. at the Rhodes United Methodist Church in Rhodes, Iowa. Visitation will be on Sunday, January 5, 2020 from 4:30 p.m. until 7:00 p.m. (Masonic service at 4:00 p.m.) at the Mitchell Family Funeral Home in Marshalltown. Memorials may be directed to the Rhodes United Methodist Church. For more information or to send a condolence, please visit www.mitchellfh.com or call 641-844-1234. Mitchell Family Funeral Home is caring for Donald and his family. 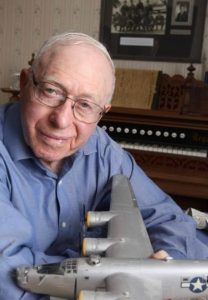